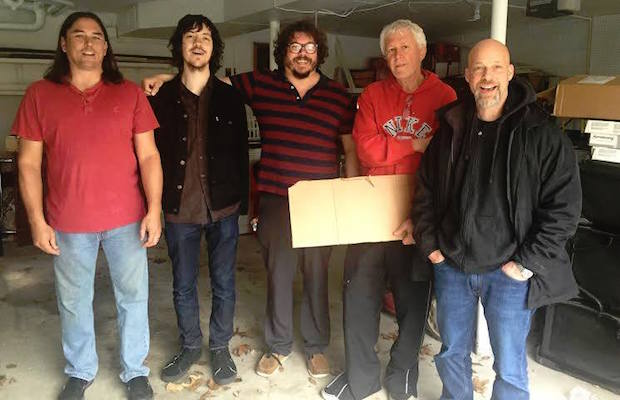 Since abruptly canceling a would-be show in late 2014 and subsequently disbanding, the prospects of seeing Guided By Voices once again in Music City seemed pretty slim for awhile. However, in typical GBV fashion, the Robert Pollard-fronted group sprung back to life earlier this year, boasting a new album and a brand new lineup, which includes Nashville’s own Bobby Bare Jr. GBV will actually debut the new lineup and showcase their latest tracks when they kick off their tour tonight, April 26 at Cannery Ballroom with locals Pujol! Tickets for the sure to be epic event are still available, so grab yours here and read on for details!

After their initial split, Robert continued making music under his own name, something he had down concurrent to GBV since the ’90s, and, though it didn’t carry the title, it quickly became apparent that there’s no real distinction between the two (he is the only constant and the band’s primary driving force, after all). Going back on forth on the prospects of a reunion, the group did eventually reconvene with their “classic” era lineup for a Matador anniversary party in 2010, subsequently taking pm a successful reunion tour which would persuade Pollard to start releasing albums under the GBV mantle once more. Largely sticking to their lineup, the group released an astounding six albums between 2012 and 2014, abruptly calling it quits just before a fall tour. If GBV history has taught us anything though, they’re only gone until they’re not, and Pollard loves to change his mind. After a bit of a breather, Guided By Voices just dropped their 22nd album, Please Be Honest, featuring Pollard on every instrument. He’s tapped former drummer Kevin March for a new run of dates, and has rounded out the live band with newcomers Nick Mitchell (guitar), Mark Shue (bass), and Nashville’s own Bobby Bare Jr. (guitar). While it’s not “classic” GBV, anything with Robert Pollard is good enough for us, and to get to see him play these songs, a criminally underrated fixture in the indie scene with decades of immeasurable influence, with so much spark and vigor this many years in is satisfying enough.

If you’re a regular reader of the site, then you surely already know Pujol, the local punk project fronted by namesake Daniel Pujol. Expansive, artistic, and smart, Pujol are the thinking man’s punk band, packing energy and genre-bending sensibilities into releases that find a surprising amount of substance and depth. The group most recently dropped a great new EP, KISSES, late last year, and are always a favorite to catch in concert.