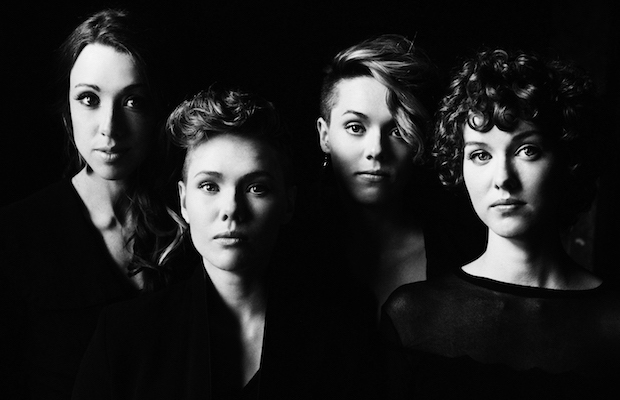 It’s been a little while since we last spoke about the Colorado raised, Nashville based sister quartet that first mesmerized us with their show stopping performance as SHEL.  In anticipation of their sophomore release, Just Crazy Enough, which was produced by Dave Stewart from the Eurythmics, SHEL has just dropped a hauntingly stripped down video for their cover of Metallica’s “Enter Sandman,” which you can check out below.  The softly delivered vocals and sparse instrumentation create a take that is arguably more powerful than the in-your-face original, and is certain to be an attention grabber for their new record, which is set to drop on May 13.

You should also dig into the single “Rooftop” from Just Crazy Enough, which premiered early last month, to get an idea of the musical eccentricities of these sisters and what you can expect from their new original material.  While you are at it, make sure you mark your calendar for their performance at the Nashville Earth Day Festival on April 23 in Centennial Park.