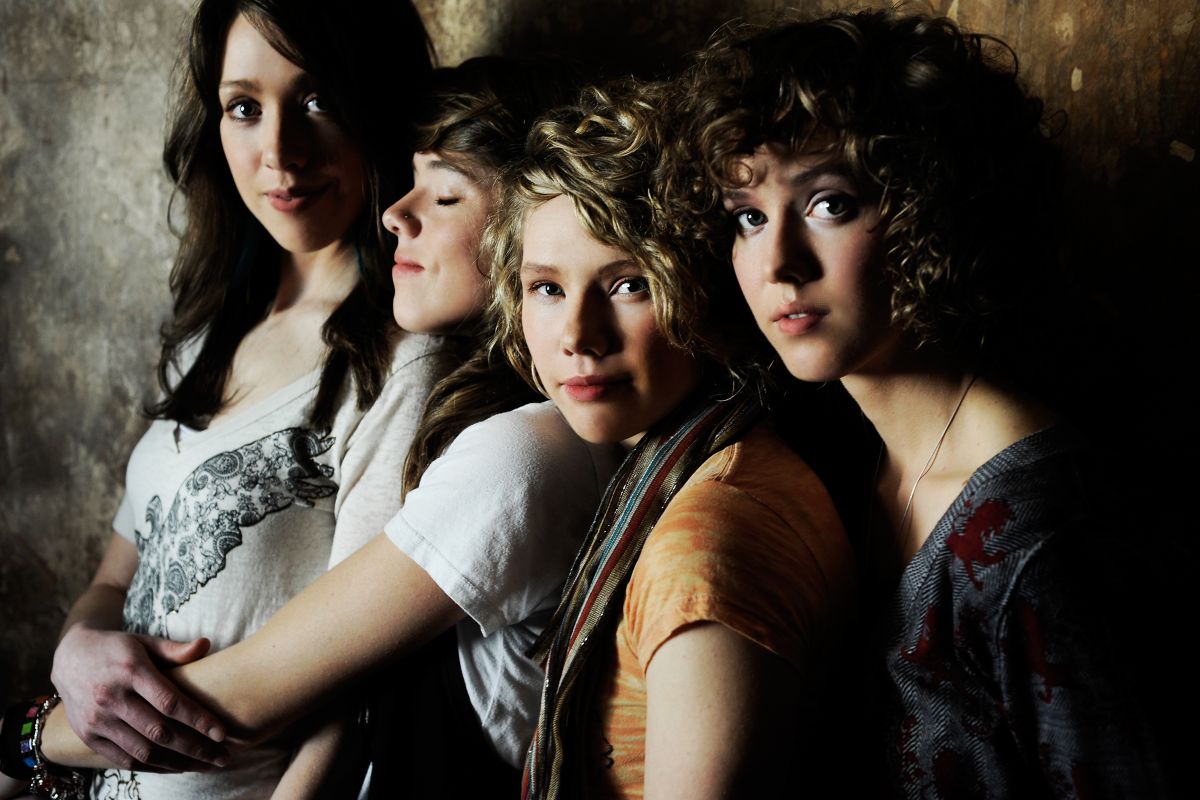 I’ve never realized my dream of becoming a radio DJ (at least not yet), but I try my hardest to turn strangers onto good music via the sound system at my local gym. So far, I’m 2/2 with this one guy. He’s just picking up what I’m putting down. A month ago, he stopped to ask me what was playing during a long set of Foxy Shazam. Apparently he, like me, found Foxy extremely helpful in upping the intensity level of his workout. This week, though, I caught him laying idly on the ab-mat and staring blankly at the ceiling during one of my selections. Just as I was about to ask him if he wanted something different, he sat up and urgently asked, “Who is this?” “They’re called SHEL,” I replied. “Too mellow?” His answer, “Screw that. They’re incredible.”

I caught SHEL yesterday at Two Old Hippies, and, from what I observed, the crowd was just as just as enthralled as my gym buddy. The band employs an expert blend of music, pageantry, and showmanship, and the resulting experience feels more like a theatrical production than a concert. As a man naturally wary of theatrical productions, I won’t blame you for wanting to know a bit more about the sort of production you might be getting yourself into before you commit. Well, my one sentence elevator-pitch summary of SHEL would read as follows: “Vaudeville as performed by four classically-trained pixies.” The band is composed of four sisters from Fort Collins, Colorado, and the first thing you should know about them is that these girls can play. Undoubtedly nurtured by the home-schooling they received from their singer-songwriter father, the musical talent that these four possess can only be described as virtuostic. Before you dismiss that claim, check out the track “Tuscany” below. I’m not the most classically-versed listener out there, but if someone had told me that the song was arranged by one of those dudes whose names end in -hoven or -off, I might have believed them. Instrumentally, each of the four has a near-mastery of at least one instrument… as well as their vocal chords. Sure, lush and ethereal four-part harmonies abound, but did you know that Liza, the drummer, can also beatbox?

Yep. Complete with faux wobble-bass. Anyway, I could go on about the band’s musical credentials, but that’s neither here nor there. At the end of the day, all we care about are the songs, and in this regard, the four girls don’t disappoint. Like many of my favorite bands, SHEL’s catalog helps them evade easy classification. The songs are diverse, and contain noticeable elements of indie-pop, bluegrass, country, Celtic, and classical music, but they excel regardless of the genre-space they inhabit. In the live set I saw, highlights included “The Man Who Was the Circus,” which is one of the most spine-chillingly clever, haunting songs this side of a Civil Wars album, and “Lost At Sea,” a Celtic-tinged cinematic ride that sort of sounds like an Enya tune…only much more interesting. And just when things might have been getting too mellow, they decide to whip out a 100%-badass, better-than-the-original cover of Led Zepplin’s “The Battle of Evermore.” Genius.

If that didn’t get you on board, then there’s no hope for you. If you are on board, though, you might be interested to know that SHEL is opening up for Matthew Perryman Jones at The Belcourt on August 22nd. If I were you, I’d go grab tickets now, as it’s going to be a hell of a show. It might even be one of those rare ones where the opener steals the spotlight. Just sayin…