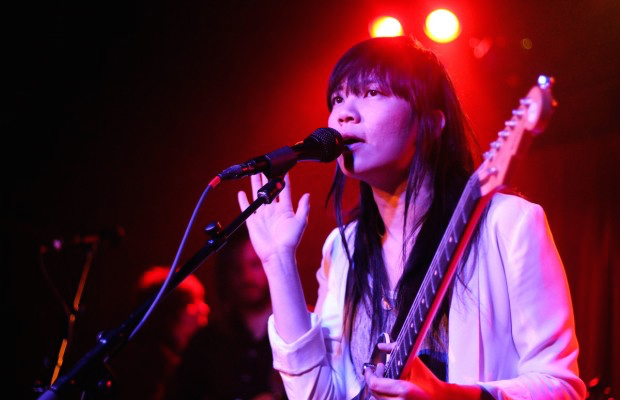 Thao & the Get Down Stay Down
w/ Saintseneca
Mercy Lounge; Nashville, TN
April 6, 2016

Alternative folk rock band Thao and the Get Down Stay Down have broken outside their alt-folk label with the new release Man Alive! We caught the San Francisco-based band, along with indie pop group Saintseneca, last week touring in support of the buzzy record on a stormy night at Mercy Lounge. Man Alive! was produced by Tune-Yards’ Merrill Garbus and has drawn attention for its heavy experimentation with electronics and beats, which certainly sounded different from Thao’s already off-kilter mandolin and banjo-driven alt rock. The result is a great record filled with confessional songs that definitely made the intimate crowd at Mercy get down.

Read through for our full review of the show and photos by Olivia Ladd. 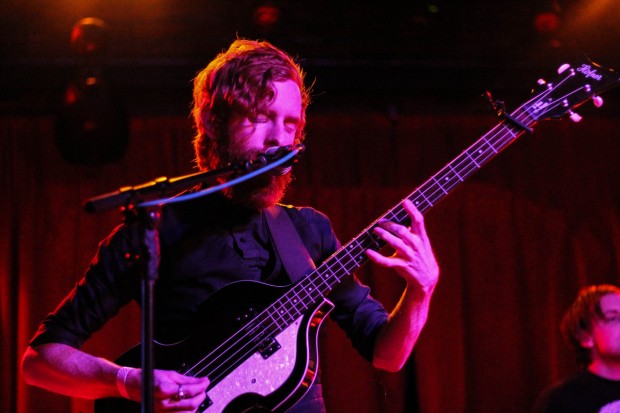 I, like much of the crowd on Wednesday night, arrived a bit late due to an early spring thunderstorm and only caught the tail end of indie folk-pop band Saintseneca’s set. Just as I walked in, they wished an RIP to Merle Haggard, whose passing had been announced earlier that day, before playing a cover of the Verve’s “Bittersweet Symphony.” I couldn’t really decide if that choice in cover was gutsy because it’s syrupy sweet and so commercial and they decided to play the damn thing anyway, or if I was just trying to attribute value to a questionable choice in material. Luckily, their own material got better from there. The harmonies between the bassist and frontman/songwriter Zac Little was the strongest aspect of their set, especially going into the closing song — a bass driven, psychedelic number with ample guitar delay. 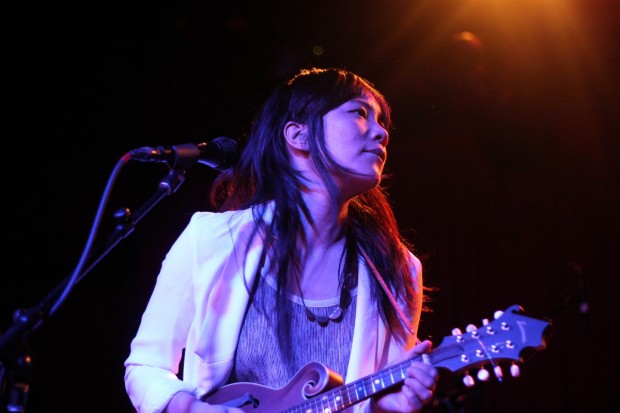 Thao & the Get Down Stay Down. Photo by Olivia Ladd.

Thao and the Get Down Stay Down opened their set with the title track from their new record, “Man Alive,” which bounces between dance-y techno and hard alt rock in the chorus. Frontwoman/songwriter Thao Nguyen has been getting praise for this album not only for the incorporation of electronics through her work with Tune-Yards’ Merrill Garbus, but also for writing a more confessional album than she’s done in her past work with the Get Down Stay Down. Much of Man Alive! deals with Nguyen’s relationship with her absentee father, including the great single “Astonished Man.” 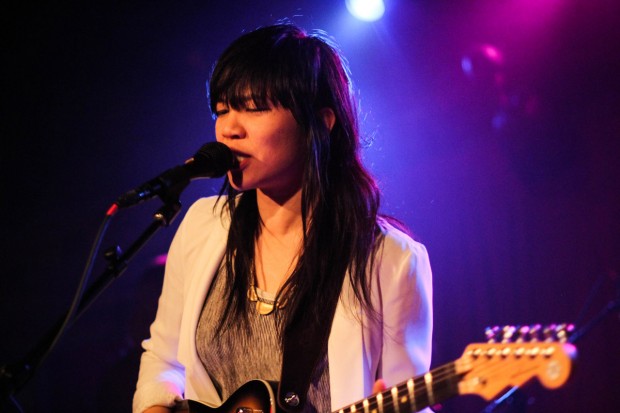 Thao & the Get Down Stay Down. Photo by Olivia Ladd.

Nguyen’s music is difficult to categorize. Throughout the set she made huge leaps between genres and even mixed seemingly disparate types of music into a single song. Once during the set she shredded on the mandolin whilst a sub bass rattled the crowd’s ribcages. Then she strummed a banjo for a reference back to her more folky style with the early single, “Holy Roller.” Minutes later, she was spitting a rap and asking for a bit of crowd participation for the great new song “Fool Forever.” There was also a bit of classic country, Celtic, oriental and Appalachian folk, and classic rock in her set. It might sound completely scatterbrained, but for the most part Thao’s vision and stage presence made it feel cohesive even though musically she was leaping all over the place.

She closed her set with a song from the new record dedicated to victims of sexual violence “Meticulous Bird,” which she said is about how important it is to get angry and stay angry about those impositions of power. During the encore she surprised again and rapped Missy Elliot’s “Get Your Freak On” before grabbing her banjo and closing the show. I felt more like I had gone to a rap or electro-rock show than a folk one after seeing Thao & the Get Down touring behind this record, which is currently making the rounds on critics’ picks lists, and I’m not sure if after this Nguyen’s music will be labeled folk for much longer.

ELEL, The Gills, The JAG, & More to Play East Nashville Crawfish Bash on May 21