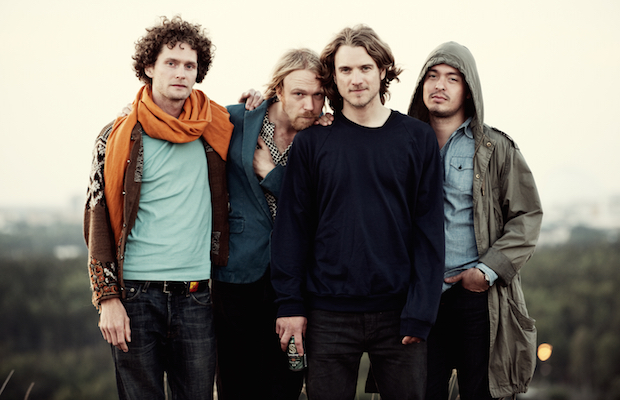 Sweden has given us some great rock and roll over the years. Remember The Hives? Or Soundtrack Of Our Lives? While these bands have most definitely made their mark in American culture, none of them have breached the boundaries of psychedelic rock to our ears quite like Dungen have. The group is fronted by Gustav Ejstes, who over the years has collected a shining roster of some of Sweden’s best musicians. Reine Fiske (guitar), Mattias Gustavsson (bass), and Johan Holmegard (drums) all provide an exuberant accompaniment to Ejstes’ songwriting.

The band’s style is extremely eclectic, weaving together elements of traditional folk, jazz, and progressive rock to form this rich and intricate sonic landscape. While Ejstes sings in Swedish, this doesn’t prevent anyone from connecting with the music. His songs are journeys that bring a theme through a wide variety of jams and freak outs, which transfers perfectly into a live setting. The band picked up a lot of US attention when they released their 2004 album Ta det lugnt, and played Bonnaroo for the first time in 2006. Ten years after they hit it big, they are back and better than ever with their critically acclaimed album, Allas Sak. The LP supplies a sound that builds on their original eccentricities and evolves it to the next level. For a taste of what you’re in for, be sure to check out their KEXP performance below.