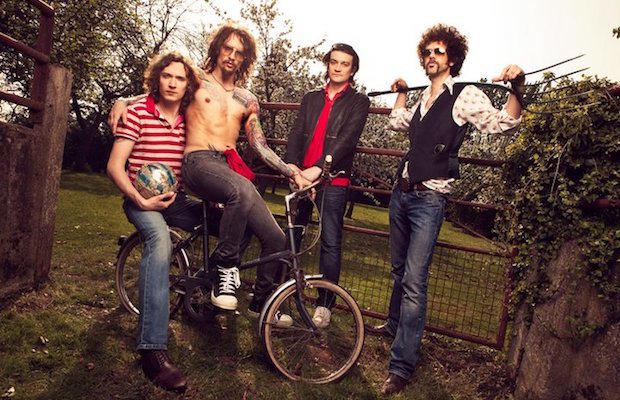 For the first time in four years, the British hard rock revivalists The Darkness are set to make their way to Nashville, for an April 23 performance at War Memorial Auditorium, along with fellow Brits RavenEye and local rockers The Tip. Whether you simply know them from their radio-ruling early ’00s breakthrough, or you’ve been a loyal fan, hip to their more recent comeback, The Darkness are a thrilling, frenetic, must-see live act! Tickets for their upcoming show are still available right here, but we’re also excited to announce that we’re giving away a pair of tickets to one lucky reader! Read on for more about the show and enter below!

Winner will be announced Wednesday, April 20 at 9 p.m. CDT, and will receive one pair of tickets. Good luck!