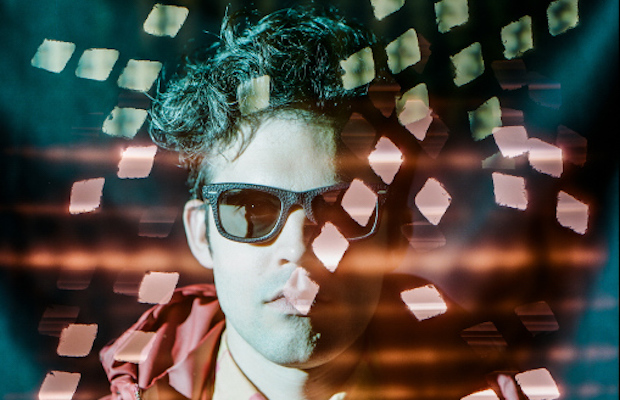 Originally scheduled from what seems like forever ago, remember when The Stone Fox was still throwing shows and we were all buried in our houses during Snowpacolypse, Naytronix finally makes his Nashville stop tonight only this time at Queen Ave.  The danceworthy bill, which is presented by our friends at The Stone Fox, also still features Lavender and Soft Bodies to give you reason to dance.  Things get started at 9 p.m., and you can snag $7 tickets right here.  Head below to find out more about the lineup, and turn your Tuesday (when we aren’t throwing our usual Acme showcase) into something memorable.

Nate Brenner may be best known for his work with Merrill Garbus’ worldly indie electro-pop outfit tUnE-yArDs, but the talented multi-instrumentalist isn’t one to settle.  There are some similarities in his alternative electro pop solo project Naytronix, which begs the question of which direction is the influence really flowing.  A genre spanning sound that is the result of writing sessions on tour buses and hotel suites, the recently released third Naytronix record, Mister Divine, is one of the better experimental pop records that you will hear this year.  If you are in the mood from something out of the norm, this is the show for you.  Head below to dig into the title track.

An artist through and through, Ann Catherine Carter explores the bridge between visual and aural art in creating her music, and the result that appears in her project Lavender is really interesting.  Experimental electro pop would be the safe genre description, which would also make Lavender a safe fit for this bill, but there is something deeper in the tracks from her January 2016 release, Green Eyeshade.  Have a listen to “Evicted” below, and then dig into the rest of the album here.

Filling out a perfect bill for dancing, Nashville’s Soft Bodies meld electronic beats with soulful R&B vocals to create a unique take on the neo soul movement.  One listen to the talented Taylor Aleese Jensen, and you won’t soon forget this rising local band.  Head below to get a taste in the track “Little Canoe” from their January 2016 self titled EP.