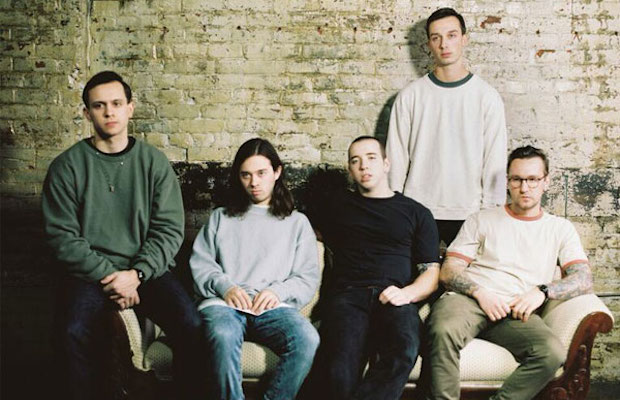 One of the best punk tour packages we’ve seen so far this year is rolling through Exit/In tonight, April 5, and if you’re a fan of emo, indie punk, grunge, or post-hardcore, you’d be crazy not to be there. Co-headliners Citizen and Turnover are both still riding high on their fantastic respective sophomore efforts, both released last year, pushing boundaries in the flourishing underground punk scene, and they’re joined by two very exciting up and comers, Sorority Noise and English group Milk Teeth. Individually, we’d recommend going to see any of one of these bands, but all four on the same bill, and for just $16 to boot, has our heads spinning. Don’t. Miss. This. Show. Read on for details!

Hailing from Michigan and Ohio, Citizen are part of that new wave of up and coming emo-infused, poppy, indie punk groups we love to rave about. Though they started out as more of a pop punk band, Citizen quickly found inspiration from grunge, post-hardcore, and, of course, emo and indie rock, captivating the scene with their impossibly strong debut, Youth. The dynamic, road-word rockers further built on that sound with last year’s stellar Everybody Is Going to Heaven, a more somber, personal, and introspective effort. Whether you’re an emo fan or you just appreciate great rock songs, Citizen are a band you should know.

Indie-infused, pop punk inspired Virginia group Turnover wowed us last year with a trio of amazing performances, supporting New Found Glory, Lyida, and The Story So Far and Basement. We’ve been fans of the talented band since the early days of seeing them pass through town in DIY spaces like The Owl Farm, and their musical and personal growth is on full display in last year’s dreamy, poppy, transcendent Peripheral Vision. Like Citizen, they’re hard to but in a box, and you simply view them through the lens of the pop punk scene, you’re selling their expansive artistry short.

Like Citizen and Turnover, Connecticut’s Sorority Noise build their sound on a base of pop punk influence, but funnel it through a more eclectic lens of post-rock and indie rock, with an earnestness and emotional bluntness that makes them a perfect compliment to this bill. The group released their sophomore effort, Joy, Departed, last summer, and a set to drop a new EP, It Kindly Stopped for Me, later this month. After their intense, impassioned set opening for Motion City Soundtrack last year in the same room, we’re eagerly anticipating their return!

Providing one hell of a compelling reason to show up early, British grunge punks Milk Teeth are touring in support of their bombastic, brand new debut full-length, Vile Child. Frontwoman Becky Blomfield’s gut-punch intensity is one piece of the equation that makes the quartet so buzzworthy; their live shows are set to be every bit as ferocious as their album, and considering this is their first time in Nashville, you absolutely won’t want to miss it.