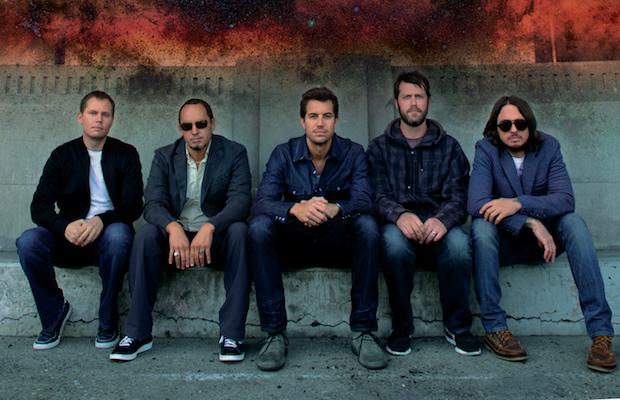 For as frequently as their tour, beloved alternative/reggae/funk/metal outfit 311 actually haven’t made it to Music City in quite a few years, but that’s all set to change on July 31, when the long-running group return to town to play Marathon Music Works alongside local reggae rockers Floralorix. With 11 full-lengths to their name, not to mention countless EPs, DVDs, live albums, and compilations, the most recent of which, 311 Archive, dropped last year, the band have the catalog and the honed live show to bring something fresh and unique to every performance,  meaning you’ll want to grab tickets right here while they last, or risk missing out. We’re also giving away a pair of tickets, so, if you’re feeling lucky, you can enter for a chance to win and find out more about the show below!

For over 25 years, 311 have blazed their own path, combining elements of rock, reggae, hip hop, funk, and metal to produce an ever-evolving, crossover sound beloved by their legions of fans. Originally hailing from Nebraska, the band relocated to Los Angeles early in their career, soon finding label interest and certifiably crossing over into the mainstream with their triple platinum certified, commercial smash, eponymous third album. Over the years, the group have taken acts like No Doubt, Korn, and Incubus out on the road, helping them break trough with their own massive success, and have toured with a wide-reaching array of other acts, like Sublime With Rome, The Offspring, Snoop Dogg, Slightly Stoopid, The Roots, Papa Roach, The Wailers, O.A.R., Matisyahu, Ziggy Marley, and countless others. With eleven studio albums, two live albums, four compilations, four EPs, and four DVDs to their name, the band have been one of the most prolific, constantly touring acts of the last several decades. Fiercely self-sufficient, 311 founded their own, annual Unity Tour in 2003 to much success, and have since also launched an annual musical cruise, and their annual, epic “311 Day,” where they perform an extended set in a different city each year on March 11. Seasoned performers with a diverse back catalog, 311 should be on your live show bucket list if you haven’t yet managed to see them.

Part of Nashville’s flourishing indie reggae rock scene, Floralorix are a perfect choice to compliment some of 311’s rootsier, more reggae-focused tendencies. Formed in the summer of 2014, Floralorix are made of up members of two other Nashville reggae bands, LTG and Paradise Daze, and aim to create “melodic, danceable reggae music is driven by the power of positive thought.” Already an important fixture in the Nashville musical landscape, the group have shared the stage with the likes of The Wailers, and are gearing up to release their debut full-length, Bloombox, on May 6. We premiered their debut single, “Am the One,” last summer, and you can re-visit it below!

Winner will be announced Wednesday, April 6 at 5 p.m. CDT, and will receive one pair of tickets. Good luck!