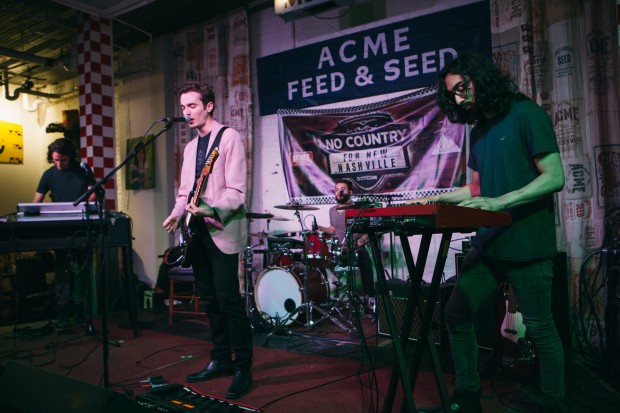 This week our No Country showcase was heavy on the electronic pop and rock, with Nordic songstress Yes Alexander, local prog-rockers DEDSA, and singer-songwriter Chip Greene. Our weekly event dedicated to bringing a little something different to Music City’s storied Broadway again gathered together three acts that you never would have expected to see in downtown Nashville.

Read on for a full review of the show, with photos by local photographer Amber Jane Davis. 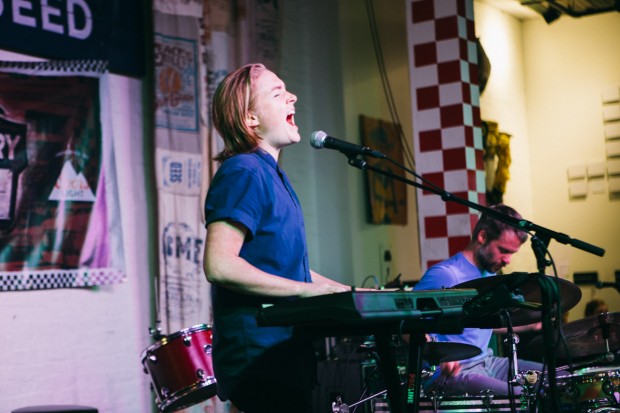 Yes Alexander makes emotionally powerful, Nordic-influenced electronic pop. The songstress splits her time between Brooklyn and Iceland when not on tour, and just released her first full-length record, Kyanite. She performed songs from the album with the use of some backing tracks and a drummer accompanying her singing and keyboards. The music was ethereal, dreamy, and serene, with the occasional more upbeat pop number. The influence of fellow post-rock Icelandic group Sigur Ros was certainly present, but Yes Alexander puts her own spin on that sort of Nordic dream pop. 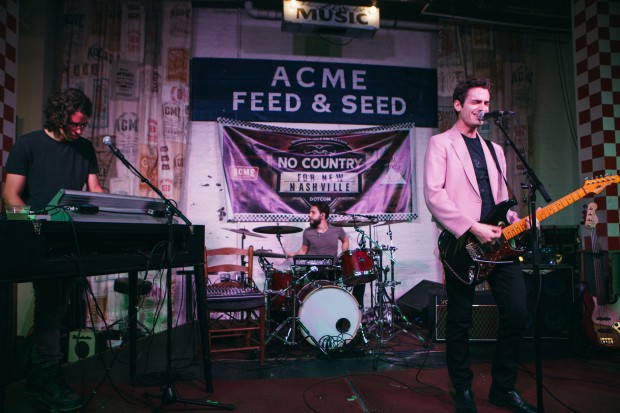 You might recognize DEDSA from the attention they got for their hand-drawn stop-motion video for the single “Lighter Click,” which was also featured on Lightning 100 last summer. The proggy rockers brought their synth-powered pop-rock to the dinner crowd, some of whom felt it was a bit loud to eat to. But those who felt like dancing had a great time. The band plays with dual synthesizers on some songs, and unlike many bands that utilize synth sounds to mask a lack of ability, both members actually know how to play the instrument. Their music is influenced by the most indulgent, layered, over-the-top rock and roll of the ’70s, run through a more melodic pop filter. They could be described as mad scientists of the synthesizer putting on a dance party for nerds, and I find their shows ridiculous fun even though I don’t identify as a nerd and hate dancing. 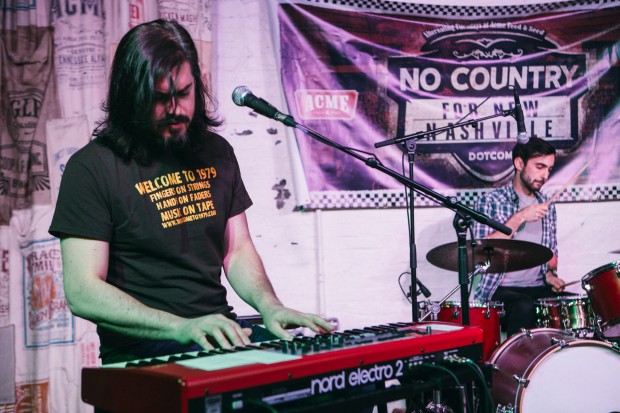 Singer-songwriter Chip Greene was the most traditional of the three artists of the bill in terms of genre. He fit in with the other acts because of his keyboard-driven music, though his stuff was more standard melodic rock than the electro acts that preceded him. Greene’s music is confessional, keyboard-centered rock reminiscent of Coldplay, the Fray, or Keane, taking much influence from early 2000’s Brit pop. There wasn’t even a guitarist onstage, with Greene just playing keys accompanied by a bassist and a drummer. His songwriting chops have nabbed him a few ad campaigns, so the focus here is more on creating a well-crafted song than rocking out onstage. Most of Greene’s material was about the various stages of love, delivered through either upbeat pop or softer ballads. The more laid back Acme crowd was less taken aback by Greene’s heartfelt singer-songwriter than DEDSA’s synth onslaught.