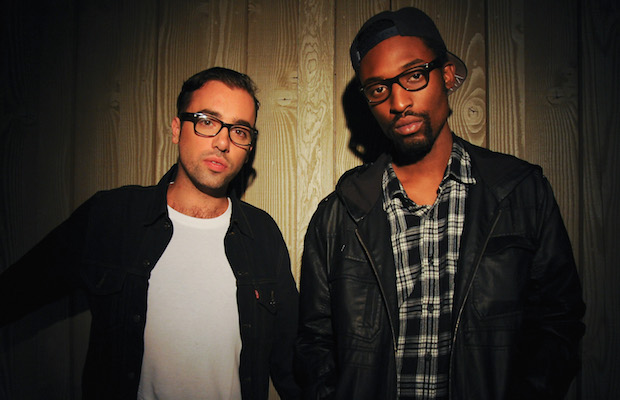 New York City based DJ/Production duo The Knocks first met as 19-year-old college students–going by their birth names Ben Ruttner and James Patterson. Ben, or just “B-Roc” now, DJ’d clubs as a PM day job, and James, call him “JPatt,” played the organ in a church. Fast friends, soon they were roommates in an apartment nestled among the still thriving scene in the East Village, and a bevy of rappers and stary-eyed vocalists came by to lay down tracks in the bootleg studio. A trio of EPs (Magic, Comfortable, So Classic), and dozens of high profile remixes generated some major buzz for the up and comers.

Just this month, they dropped their debut studio album, 55, (available here) with ever growing hype. There’s some songs you’ll recognize, and some big names on the record, like Carly Rae Jepsen, Walk The Moon, Cam’ron, Fetty Wap, and Wyclef Jean. The genre bending ensemble of tracks has a simple underlying theme throughout; have fun and dance! Depending on when/where these dudes go on at Bonnaroo, it’s sure to be a huge party, so if you like DJ/EDM/nu-disco artists, The Knocks are a “do not miss!”

LISTEN | “Love Me Like That” feat. Carly Rae Jepsen