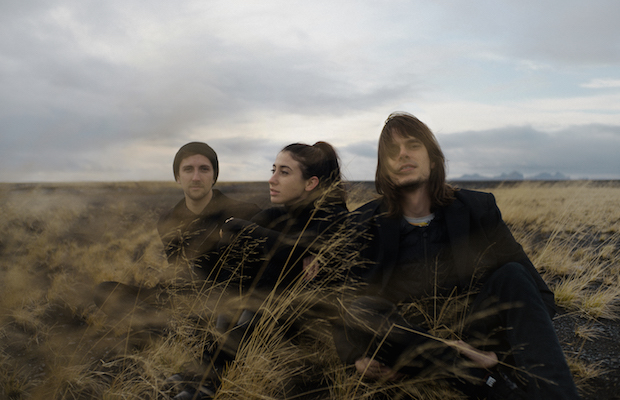 Hundred Waters officially began in 2011 while attending the University of Florida, but the foundation began years before for Trayer Tryon, Paul Giese, and Zach Tetreault during their childhood in Orlando.  The trio worked on a series of projects and solo releases before meeting vocalist and pianist Nicole Miglis in music classes at the university, and the rest, as they say, is history.

Their sound is a mixture of electronic beats with interweaving vocal harmonies that would likely be best described as electro art rock, and draws comparisons to Bjork, Poliça or Portishead.  After releasing their debut self-titled LP in 2012, the band was courted and signed by Skrillex to his OWSLA record label, which provided the necessary shot in the arm to push them into the public spotlight.  Subsequent tours with like minded bands, including Alt-J ,The xx, Skrillex, Diplo, and Grimes, only further expanded the positive press, and landed them sets at more music festivals.  The band followed up their debut with the critically acclaimed 2014 release The Moon Rang Like A Bell, which featured standout tracks like “Murmurs” and “Cavity.” In February 2016, Hundred Waters dropped a new single, which is a stripped down piano driven ballad, which the band dedicated to the late David Bowie.  It’s unclear if the new single is representative of a new direction for an upcoming release, or just a sad goodbye to Bowie, but the slot on the Bonnaroo lineup is probably a good indication that we’ll have new music from Hundred Waters in 2016.

LISTEN | “FORGIVE ME FOR GIVING UP”