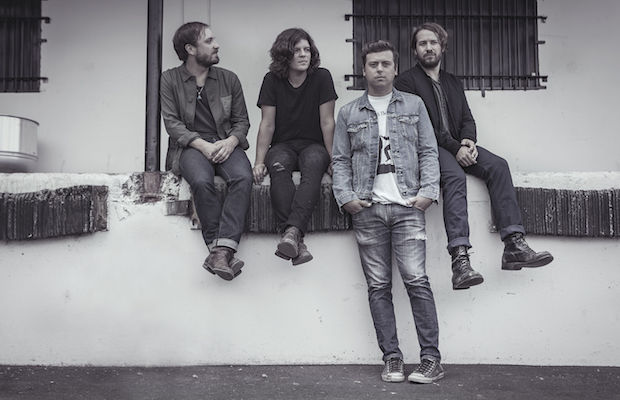 Coming off their incredibly successful self-titled debut LP in 2013, Nashville’s The Wild Feathers have been road warriors for the past few years, touring in support of the likes of Bob Dylan and Gary Clark Jr.  It’s almost hard to believe that the guys had time to slow down to write a follow up record, yet their sophomore LP, Lonely Is A Lifetime, is set to drop on Friday March 11.  Like the debut, the new record was produced by Jay Joyce (Cage The Elephant, Zac Brown Band, FIDLAR) and mixed by D. Sardy (Oasis, The Rolling Stones, Nine Inch Nails), and has the rockers primed for a breakout 2016.

To celebrate the release, ahead of a lengthy headlining tour, the band stopped by Jimmy Kimmel this week to perform “Overnight” and “Goodbye Song.”  You can head below to watch a live clip of “Overnight,” and keep your ears on the site for more information about a local date.