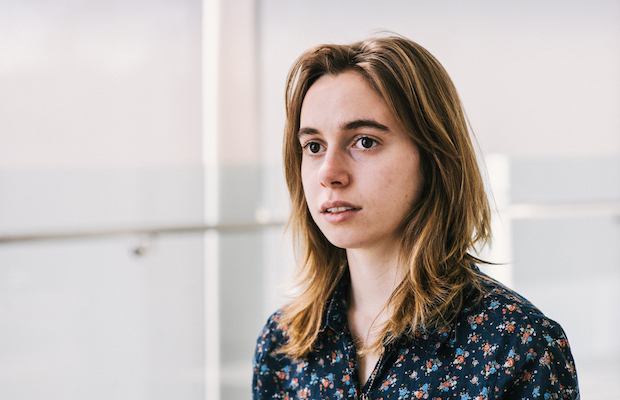 Though she spent the last few years living right down the road in Murfreesboro, Julien Baker, originally from and still claiming Memphis, has quite possibly flown just below your musical radar in recent years, all the while fronting the band Forrister and integrating into the local punk and indie scene. It was last year’s Sprained Ankle, a gorgeous, emotionally-dense debut with depth beyond her years, that set Julien on the course to inevitably becoming a household name, and, tonight, March 9, she’s set to play her biggest Nashville headlining show to date, at Exit/In with friend and collaborator Ryan Azada and local rising indie trio Bandit. Needless to say, it’s an incredible moment for Baker; the preface to what feels like an inevitably prosperous and long career. Her sad, earnest songs will be on full display this evening, and whether you’ve been hip to her for awhile, or you’re just jumping onboard, there couldn’t be a more exciting time to catch Julien Baker in concert. Grab tickets here and read on for more!

If you’re dialed into the indie scene, then you’ve very likely heard of buzzworthy up and coming songstress Julien Baker, whose sprawling, sad full-length debut, Sprained Ankle, was ranked among 2015’s best releases (and for good reason; it’s incredible). What you might not know, however, is that Baker is local, or at least local-ish. Raised in Memphis, the 20-year-old singer-songwriter relocated to Murfreesboro to attend MTSU a couple years back (we’re assuming school’s on hold for a bit, given her tour schedule), and cut her teeth in the Nashville scene fronting the group Forrister (formerly The Star Killers), who we frequently wrote about in recent years when they often served as support for under the radar emo, indie, and pop punk shows. Since stepping out on her own, after pursuing a new crop of songs she didn’t feel were good fit for the band, Julien has been met with widespread critical acclaim. She recorded her solo LP with Michael Hegner at Matthew E. White’s Spacebomb Studios in Richmond, VA, the same place follow former MTSU student and long-time Nashvillian Natalie Prass crafted her eponymous debut, in the summer of 2014, and already seems to be prepping a followup, if the new song she debuted this week on NPR is any indication. Easily one of the most promising up and coming talents in the indie world, Julien Baker has been right under your nose for the past couple of years; if you haven’t discovered her until now, tonight’s your chance to fix that immediately.

Like Baker, Ryan Azada hails from Memphis, and came up through the same DIY indie punk scene, booking shows and performing locally with artists like Julien’s old band, then called The Star Killers. His involvement in the local scene led him to tour with New Jersey math-y, emo duo Dads on bass, which helped Ryan springboard his own solo career, characterized by personal, earnest, and melancholy songwriting. Azada collaborated with Baker on project called Small Fires, which seems to have been repurposed as a solo vehicle, though Julien’s guitar work can still be heard on tracks line the one below. In short, if you like Julien Baker, you need to know Ryan Azada.

Local indie trio Bandit, made up of Angela Plake, Dan Bishop, and Charles Miller, are fast becoming one of Nashville preeminent rising acts to watch, drawing from a bit of the same earnest, old school emo sensibilities that provide Julien Baker’s punk appeal, without actually veering into formal punk territory. Ambient, lofty, and emotionally charged, Bandit are part of a exciting new crop of substantive and honest indie acts emerging just below the radar in Music City, and seemed destined to rise to the top of the bunch. Show up early and see what they’re all about.