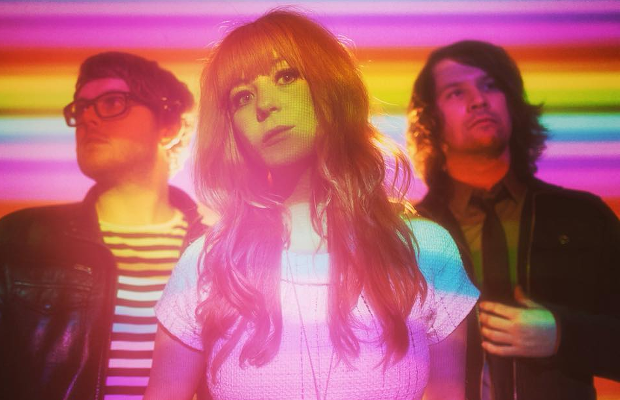 Local candy-surf rockers *repeat repeat have been building anticipation for their upcoming sophomore LP, Floral Canyon. They released the first single, “Mostly,” a few months ago, and then announced that they would be part of 3rd & Lindsley’s 25th Anniversary celebration that will be taking place in April.  Today, they have dropped a political statement with their new single “Plugged In.”  In a cleverly done lyric video, the band comments on our ever escalating global society with images depicting the issues du jour, such as guns, marraige equality, religion, migrants, police justice, religion, Donald Trump, amongst a slew of others.  The track is an almost Foo Fighter-esque plea for the human race to come together and “plug back in” to a world of working together.  Needless to say, it is a message that we should be pounding in our heads these days.

We asked frontman Jared Corder about the inspiration for the track, and he told us, “We wrote this song after our new record was already finished, but we had a strong feeling that this needed to be the next single. So we booked more studio time, got it mixed and mastered and added it to the new record. In a time when it feels like there are a lot of strange things going on in the world, we (and seemingly many of our friends) felt like we were on the outside looking in and we wanted to express that. The song is basically about educating yourself and not just following who yells the loudest.”

Amen to that.  Head below to watch the video, and check out the moving new single, and make sure to grab tickets to catch them headlining 3rd & Lindsley on April 5 as part of the 25th anniversary celebration.