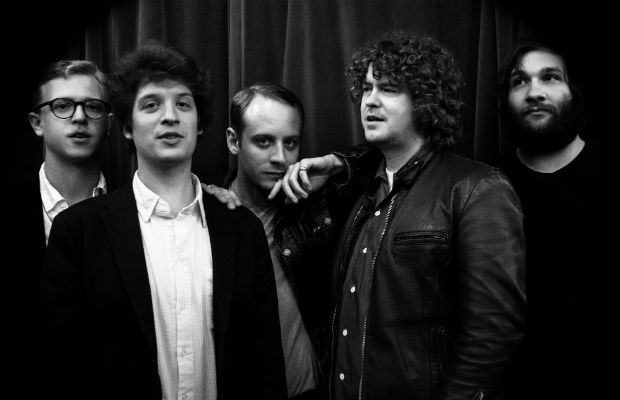 Alternative Americana band Deer Tick have earned acclaim for their mix of grunge and country as well as frontman John McCauley’s songwriting and their raucous live shows. Their gig tonight, March 2 at City Winery will see the group taking it down a notch with a special acoustic performance, which is sure to be a draw for fans interested in seeing a different side of Deer Tick. Their latest release, 2013’s Negativity, earned some of the best reviews of their career for displaying more vulnerability and honesty than McCauley’s previous work.

True Deer Tick fans have probably know their songs by heart, but likely not in the way that they’ll be performed during this acoustic show. The stripped-down set-up will allow the band’s Americana and country influences, which are always fawned over by the critics, to come through more than during a rowdy rock show. If you love Deer Tick, then you don’t want to miss this show, even if it’s a little unconventional for the group to play in front of a dinner crowd. Only a few tickets are still available for $25-$35. Read on for more on the line-up, which features opener Mutual Benefit.

Deer Tick are known for being one of the progenitors of the country-influenced take on alternative rock, which obviously is now the hottest thing in East Nashville and other hip locales. Frontman John McCauley is now a local, having moved here from Providence, R.I., and his songwriting prowess in Deer Tick has been wowing crowds for almost a decade now.  It’s about time that we get another album from Deer Tick, as McCauley spent 2015 supporting the release of the sophomore album, Cosmetics, with his side project, Diamond Rugs.

Mutual Benefit is the name of the music project helmed by Brooklyn-based singer-songwriter Jordan Lee, and includes the rotating cast of musicians that he uses performing under the banner of the group. The band include elements of folk and baroque pop in their indie rock, and their 2013 LP, Love’s Crushing Diamond, earned praise for its warm optimism.