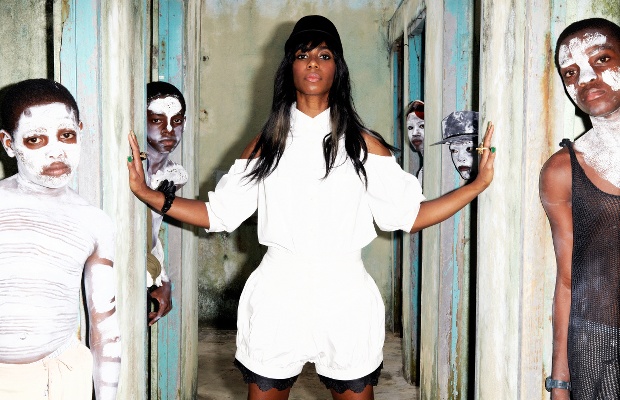 Earlier this month, we shared the exciting news that genre-bending pop queen Santigold will be making her first headlining appearance in Nashville at Marathon Music Works on April 22. Now, she’s dropped a brand new video for her latest banger, “Can’t Get Enough of Myself,” and you’re the star.

Following in the footsteps of Arcade Fire’s interactive video for “Reflektor,” fans can upload a photo of their own face that is then plucked into scenes throughout the quirky short film. If you try it out for yourself, you’ll see your mug pop up everywhere from a billboard in New York City to the foam in Santigold’s coffee cup. After you upload your best selfie and check out the video here, don’t forget to grab you tickets to her upcoming concert for only $25 in advance.