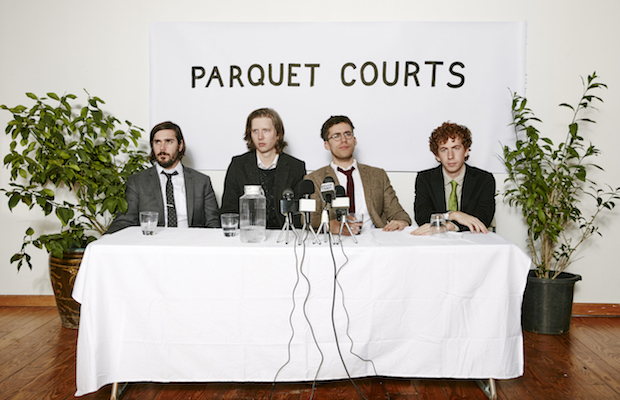 Parquet Courts have announced the details and first track from their upcoming fifth LP, Human Performance, due out April 8 via Rough Trade.  The release also brings a tour in support, including date at Mercy Lounge on May 16.  We’ve had the chance to catch the lo-fi rockers at both Third Man Records’ Blue Room and Exit/In over the past couple of years, and based on how fast those shows sold out, you’d be a fool not to secure your $16 tickets right now.

While you are waiting for the show, you can check out the first single to emerge from the new record.  Titled “Dust,” the video and track mirror a nervous breakdown from the struggles, noises, and distractions of day to day life.  As the band’s Austin Brown says, it’s about “the unavoidable noise of NYC that can be maddening, the kind of the impossible struggle against clutter, whether it’s physical or mental or social.”  Don’t let that bring you down though, it’s vintage Parquet Courts.