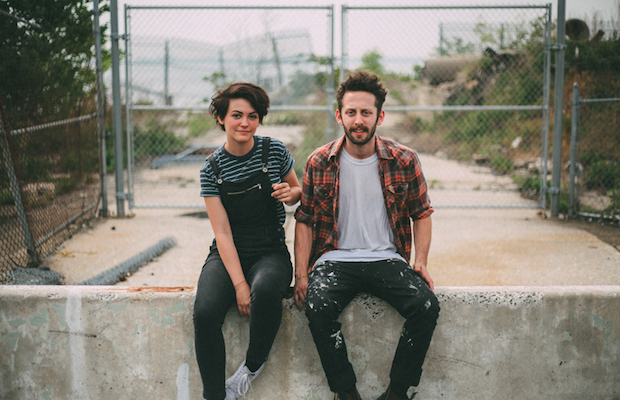 Care more about rock and roll than football? Despite a sparsity of Sunday options, we’ve got a pretty great show pick for you, featuring two local faves and one talented touring act. If you missed site faves Daddy Issues joining Thelma and the Sleaze at the Rivergate Roller Rink earlier this week, there’s another chance to catch the powerpop trio this Sunday, Feb. 5 at The End supporting New Yorkers Diet Cig with local surf rock band Big Surr. Daddy Issues have been a local favorite since the release of their record Can We Still Hang on Infinity Cat last year. Dragging the girl-power alternative of the ’90s into the modern era, the band write about all the conundrums that come with being a young woman today, heavy on the hooks. Diet Cig sound like a perfect compliment, as the male-female duo explore youth and infatuation in their pop-driven songs. Read on for more about the lineup.

Diet Cig are a New York-based pop duo who write catchy songs exploring adolescence and young love. They released their debut EP Over Easy a year ago and have since been taking their dance frenzy on the road. Frontwoman Alex Luciano has been praised for her chaotic energy onstage. They’re currently at work on their first full-length, to be released this year.

If you read this site regularly, then you’ve definitely heard us talk about Nashville trio Daddy Issues before. They gained lots of attention from the release of their debut record, Can We Still Hang, on Infinity Cat last year. The band play alt-pop that takes a tongue-in-cheek look at the confusing state of being a young woman in modern society.

Appropriately for the name, this quintet plays psych-influenced beachy rock that sounds like it could come from northern California. Big Surr has been around Nashville for several years, but they’re currently playing with a new lineup.