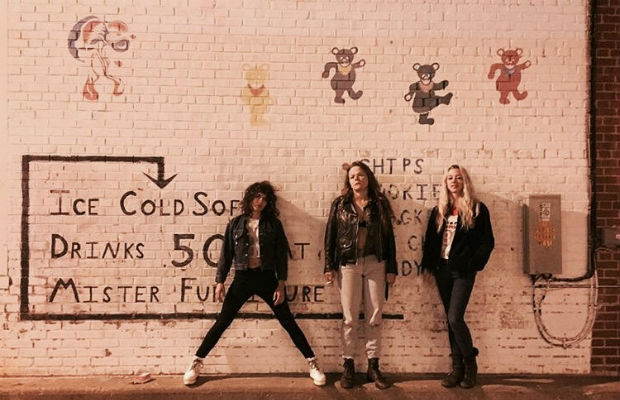 We all love Thelma and the Sleaze for their wacky trashy antics as well as their ass-kicking hard rock and raunchy fun live shows. Now Nashvillians are getting 29 days of consecutive performances from the trio, as Thelma and the Sleaze embark on what they are calling the first “intra-city tour,” playing a show a night in Nashville every day throughout all of February. The “Kandy Land Tour” features many unconventional locations (remember that one time they played Donks?) including the McDonald’s at Opryland (Feb. 20), Imogene + Willie (Feb. 17), and Sparkles Coin Laundry (Feb. 22), among others.

To encourage attendance and stoke competition, the attendees of each show will get a raffle ticket which, at the end of the tour, will be used in an auction for a 2001 Dodge Caravan (“that runs!”), which has been painted by the band and local artists. So the more of these shows you come to, the better chance you have to win a working van and perhaps pursue your own touring dreams.

More importantly, this will be the first chance for us to get our hands on a single from the group’s upcoming full-length Somebody’s Doin’ Somthin’, as they’ll be selling copies on cassette only at these gigs. The band also said that this is going to be their “last DIY initiative” before they announce which label they’ve signed with to release that forthcoming record, so it seems there’s much more exciting news coming from Thelma and the Sleaze soon.

Keep up with the tour through the band’s social media links below, and check out a full poster of all the shows for the month. Here’s the link to the Facebook event for the whole tour, which is the best way to stay informed about what’s going on for each show. Have a sleazy February. 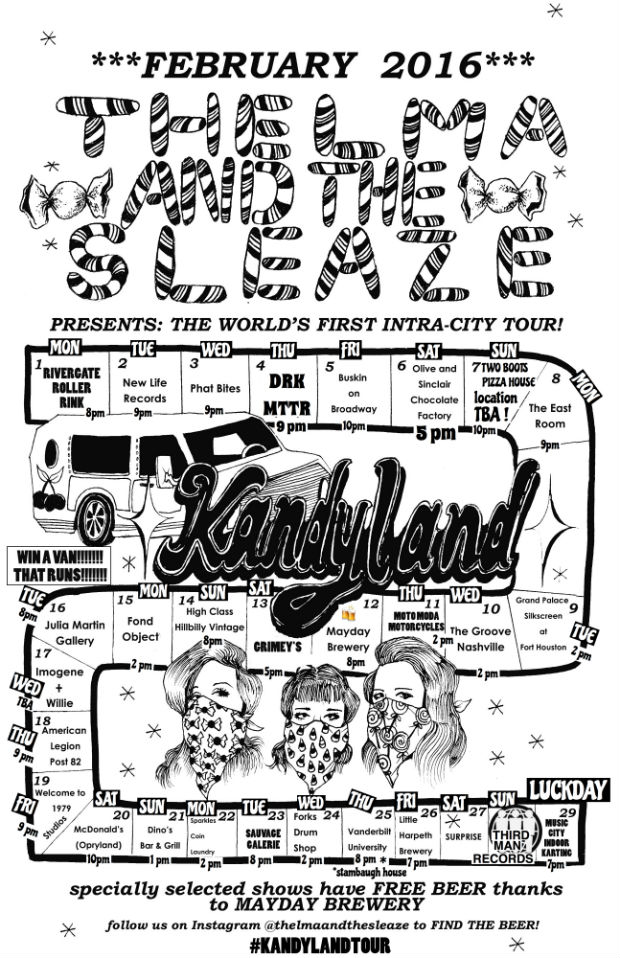