Paramore Confirm That They Are Writing New Music 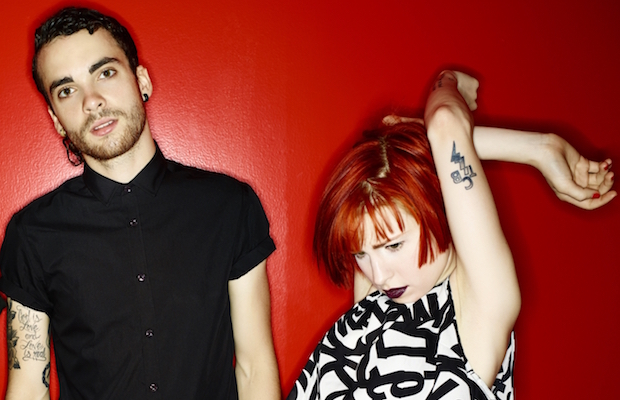 Late last year, local rockers Paramore announced the amicable departure of bassist and founding member Jeremy Davis, promising, in an official statement, that they “really do believe Paramore can and should continue on,” despite only vocalist Hayley Williams and guitarist Taylor York left  in the group’s official lineup (founding members Josh and Zac Farro departed in 2010, and the band have relied on live backing players ever since). Winding down their biggest cycle set, following a massive, Grammy winning self-titled album, we assumed that statement very clearly meant that the pair (weird to refer to them as a duo, huh?) had plans to release new music in the near future, and last week that was confirmed by Williams, and subsequently picked up on by the music press.

When asked by a fan on Twitter to comment on a new album, Hayley responded with “we are writing it,” as you can see below.

haha, i suppose. we are writing it. https://t.co/Y82WXKYITz

So, yes, despite already confirming plans to move forward as a band, in case there was any ambiguity, you now have proof straight from the source. Paramore is (still) a band, and new music is on the way. If their last lineup change taught us anything, the group only seem to get better when faced with adversity, and we can’t wait to hear them emerge stronger than ever with a followup to Paramore. We’ll keep you up to date with details as they emerge.