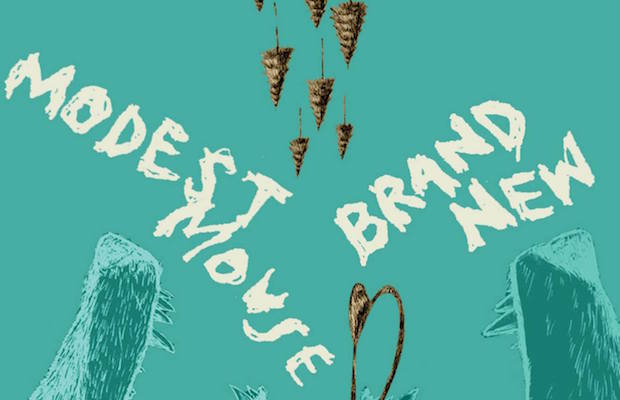 Enigmatic emo kings turned dark and calculated indie rockers Brand New played their first Nashville date in years (if not first ever) in the fall of 2014 at War Memorial Auditorium, then retuned almost exactly one year later to rock The Ryman, indicating, at the time, that it might be their last appearance for a long awhile. Apparently Jesse Lacey and co. have reconsidered that break, however, this morning announcing a lengthy summer co-headining tour with beloved indie rockers Modest Mouse, whose two-night stand at War Memorial Auditorium last fall marked their first Music City outing in eight years. The trek will bring the groups to Nashville July 19 for a performance at Ascend Amphitheater.

Aside from a new single, “Mene,” Brand New have not provided any additional details on their highly-anticipated and long-awaited fifth album, a followup to 2009’s Daisy, though they claim it’s still in the works, and recently re-issued their infamous leaked 2006 demos on cassette. Similarly, Modest Mouse dropped their first effort in eight years, Strangers to Ourselves, in 2015.

For their upcoming run, the bands will both perform full sets, and will take turns closing, with no opener. Nashville will feature Brand New in the closing slot. Tickets are set to go on sale this Friday, Jan. 29 at 12 p.m. CST here, and a special pre-sale is underway now right here (LiveNation will also host its own pre-sale beginning Thursday). These groups have individually sold out Nashville dates at lightning speed; together, this is sure to go quickly. Good luck!