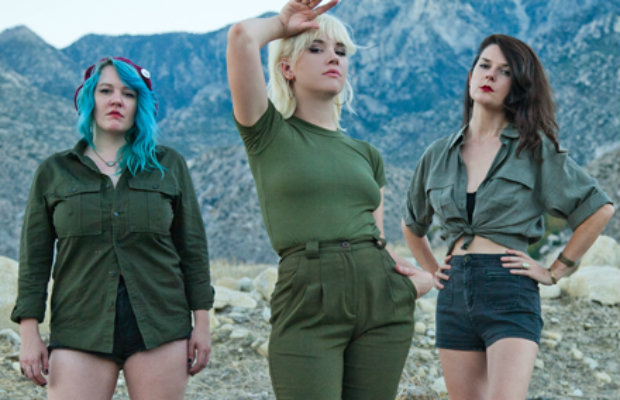 This spring, LA based sisters Jen and Jessie Clavin, along with bassist Micayla Grace, will be passing through town with their band Bleached to perform at the The High Watt. The group released their debut full-length, the punk-surf Ride Your Heart, in 2013. With their upcoming followup, they’ve taken a darker turn. The band headed to the desert to record, choosing to get away from the city that had such an impact on their first album, and to unplug from the world to work on new music. They ended up with 30 songs and a sound that’s more punk than surf, reminiscent of the Breeders, and are set to release Welcome the Worms April 1 via Dead Oceans. Their Nashville show will be shortly after, on Friday, April 8, and will also feature No Parents. Grab your tickets here for just $10, and Check out Bleached’s new video for “Keep On Keepin’ On” below.