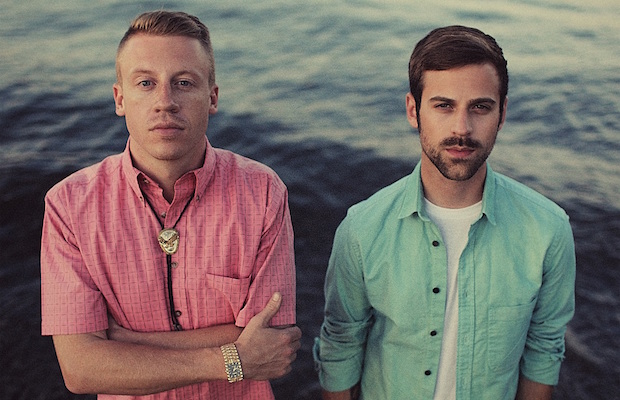 A few months back, Grammy award winning hip hop duo Macklemore & Ryan Lewis announced a Jan. 30 performance at Grand Ole Opry House, the pair’s first proper Nashville outing. Despite buzzy summer single “Downtown” (featuring a whole bunch of hip hop royalty and Foxy Shazam’s own Eric Nally), Ed Sheeran collab “Growing Up (Sloane’s Song)” before that, and “Kevin,” featuring Leon Bridges, unveiled since, details about the group’s sophomore LP have been fairly scant. The suspense has finally come to end this week, with the announcement of This Unruly Mess I’ve Made, set to be self-released Feb. 26. In something of a surprisingly epic announcement video, Macklemore details the process that went into making the LP, which involved leaving Seattle to write and record in the woods as he rediscovered his love and inspiration for creating for the right reasons. You can watch that announcement below, and grab tickets to the Opry show here ASAP if you want to catch Macklemore & Ryan Lewis live- by our count, there are less than 40 single seats remaining as of writing.