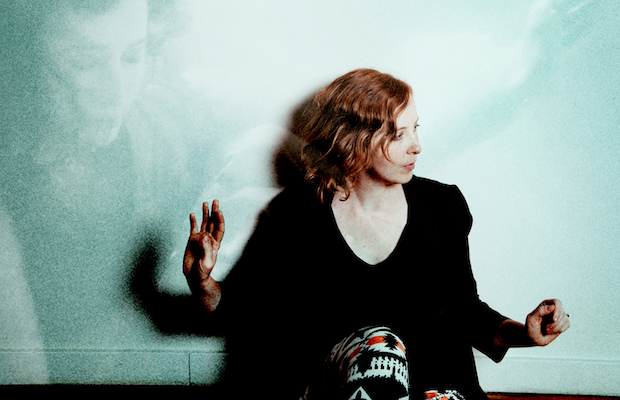 Local piano-pop singer-songwriter Brooke Waggoner may be most well-known to some for playing keys in Jack White’s all-female touring band The Peacocks, or for contributing in the studio to White’s solo efforts. That is, after all, where she made appearances on Saturday Night Live and the Grammys, and toured the world before coming back to Nashville to return to her solo work. Waggoner’s own material has a loyal following here in Nashville and beyond in its own right, though, which is what brought her to White’s attention, and is a must-listen for fans of piano-driven pop-rock. She has just released her new album, Sweven, today, and is celebrating with a release show at hip East Nashville recording space EastSide Manor (1279 Kenmore Place) on Saturday, Jan. 16. Local quirky folkies Good Buddy are set to open, and tickets will run you just $10.

We already shared Brooke Waggoner‘s full album to stream in advance of its release here, and you can check out the new video for her single “Ovenbird” below. Brooke was also the guest on our very first episode of the No Country Podcast, in which she discussed returning from the Blunderbuss tour with Jack White to come back to work on her own material. Waggoner has been a local favorite for awhile, and this new album, in addition to the recognition from her collaborative efforts, could be just what it takes to propel her even further into the national spotlight.

Good Buddy are an ambient, kooky folk-pop act that sometimes only consists of songwriter Jason Staebler, and on other occasions includes a quartet to realize Staebler’s spacey compositions. They’ve promised to bring out the full band on Saturday night. Check out their weird and sentimental take on childhood “So Everybody Knows” below.

Brooke Waggoner and Good Buddy will perform Saturday, Jan. 16 at EastSide Manor. The show begins at 7 p.m., and tickets are available for $10. The first 20 people in the door get a free poster.