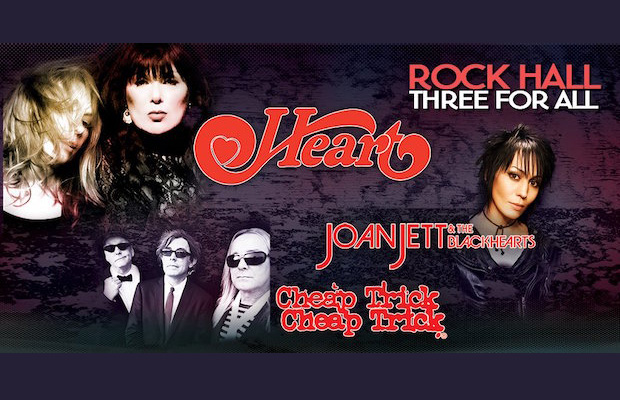 Three rock legends and Rock and Roll Hall of Fame inductees, Heart, Joan Jett & The Blackhearts, and Cheap Trick have announced a lengthy summer tour, aptly dubbed the “Rock Hall Three For All,” which passes through Music City as it winds down at the end of the summer, Sept. 19 at Ascend Amphitheater. We surely don’t need to fill you in about the history of these monumental artists, all unique and beloved in their own right, but it’s worth noting that Heart have gone the longest without a local date, and Cheap Trick recently recorded a new album here in town and will release it this year through Big Machine. Tickets go on sale Friday, Jan. 22 at 10 a.m. CST right here, with various pre-sales beginning as early as Jan. 18! Here’s hoping they’ll still be allowed to crank up the volume.