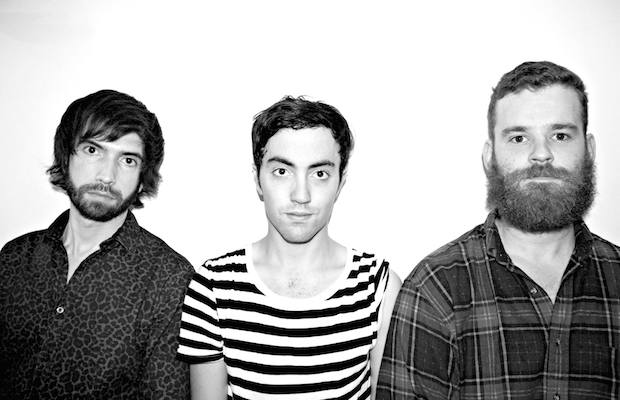 TONIGHT, Jan. 12 head to The End for a roster of fuzzy, dreamy punk noise. Lazyeyes and Eternal Summers are coming through town on tour, and will be joined by local favorites Reality Something. With a price tag of only $8, this could be just what need to shake up your weekday routine and shake post-holiday funk. The show is 18+, starts at 9 p.m. and doors are at 8. Read below to find out more about the bands.

Lazyeyes are a dream pop band from Brooklyn, with a shoegaze sound complemented by noisy guitar and plenty of riffs. The group have been making music since 2013, and found success in their 2014 EP New Year, leading to a recent split with The Teen Age. Lazyeyes are headed to Stopover Festival and SXSW this spring, following a trek around the east coast midwest. As guitar-driven and post-punk as they are, they’re a great fit for a Nashville show. Check out the band’s newly released video for “Adaptation” below before you see them tonight.

Eternal Summers have a sound that is almost uncategorizable, falling somewhere between noise pop and psychedelic punk. They’ve proven themselves to be a serious talent in the indie scene, and have three full-length albums and a history of touring to back it up. The Roanoke, Virginia group are on the road with Lazyeyes throughout January, and you can can get  a taste of their vibethrough track “Come Alive” below.

Reality Something are a fuzzy Nashville pop punk group with hints of grunge; unsurprisingly, an up and comer in the local scene. They played at our No Country showcase at Acme last month and blew us away. Relatively fresh yet well experienced, these guys need to be on your radar, because we expect big things from them in 2016. Check out “Say Anything” below, from their debut, self-titled, EP, which dropped back in August.