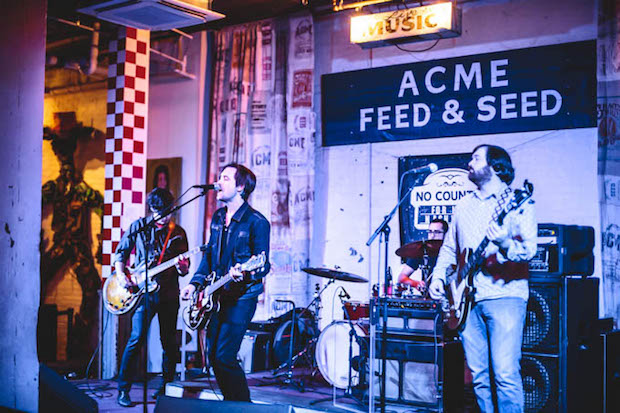 We would like to continue to welcome all of you to Acme Feed & Seed every Tuesday night, for the weekly showcase from our live events wing, No Country Presents! Always trying to keep it diverse, last Tuesday’s bill featured country-fried blues band The One and Lonelies, grungy alt-pop punks Reality Something, and big sound rock ’n’ rollers Earl Burrows. Read on for a full recap, and for some great shots from contributing photographer Jake Giles Netter.

With the buzz of Capitalism ringing through my ears, a hint of Christmas cheer in my grin, and a brisk December breeze brushing my cheek, I walked down a busier-than-usual-Broadway. The familiar sea of Preds jerseys during a home game, plus Christmas shoppers, and the tourists, of course, made for a very busy night. I couldn’t wait to push through, and get to the familiar, local-leaning comfort of Acme Feed & Seed. 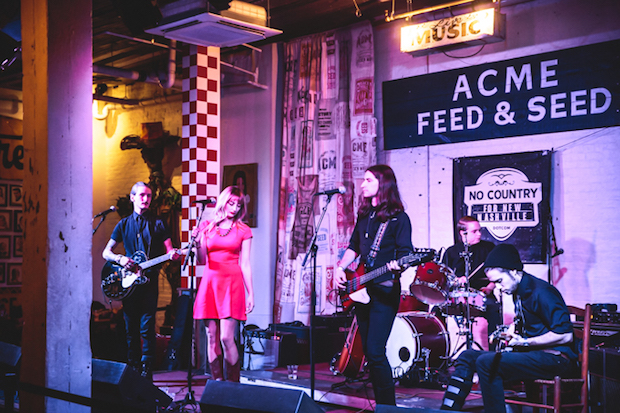 The One and Lonelies. Photo by Jake Giles Netter.

Another Tuesday night, three more top-notch acts, ready  to entertain for free. What’s not to love? First up was a new, local Southern-flared blues band, The One and Lonelies. With dual lead vocals, courtesy of Chelsea Marie and Matthew Brown, they have a little bit of The Civil Wars thing going. The chemistry, and ability to blend with one another, but far less of the anguish/anxiety. Both have polish to their voice, with a hint of twang, layered over excellent rock blues riffs. Their bassist, who was the most impressive picker to me, was hitting all the pockets, bobbing the listener along to the beat. No surprise, they covered the Stones, but with pizzazz, and performed a bevy of originals that had me, and most everyone else in the large crowd, tapping our toes. Although this is a newer project, all of the musicians have spent time in other, mostly local bands (Denney and the Jets, Nite Nite, Dixie Whiskey), so the skill sets are all there. And like all bands, they will continue to evolve and continue to gel. We are already on board, and we look forward to watching them become even tighter as they perform together more and more. 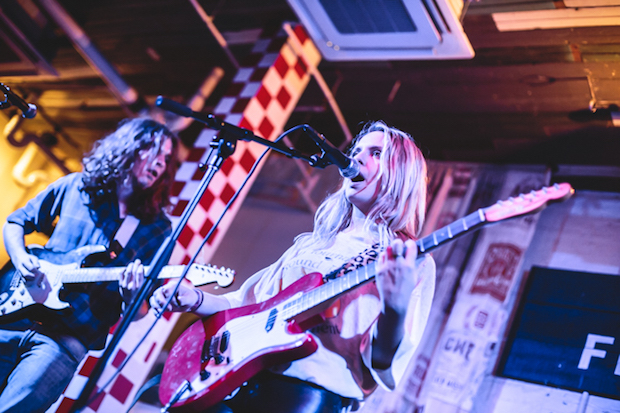 After a break in the action, and talking shop with my editor over a smoke, it was time for the show to continue. The second band was absolutely nothing like the first, which I always enjoy, given the choice, when we are hosting a showcase. Diversity is good.

Reality Something are also local up-and-comers, all be it more of the alternative pop punk variety. With heavy ‘90s era grunge undertones, fuzzy basslines, and less-harsh-sounding PJ Harvey inspired vocals, Reality Something are exactly the kickass kind of thing the local indie scene has been nourishing (see Bully, and Infinity Cat’s roster). Lead guitarist, Kingsley Brock, has some serious shred skills, that gives their sound a slight, shiny varnish; a uniqueness I really like, driven home by Elena Franklin’s vocals. Brock, who spent years playing in Turbo Fruits, also informed us, during a tuning break, it was only the band’s second show, and Elena’s first show ever in Nashville. Amazing. Only in Music City is a band’s second show so on point. 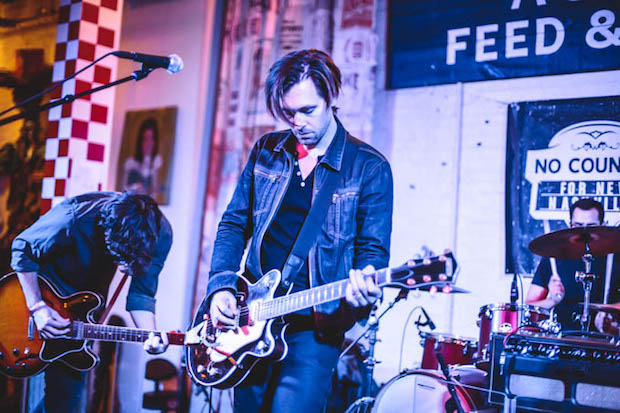 Last up, and the most seasoned unit of the night, was Earl Burrows. All three of the pickers started out brandishing beautiful hollow body guitars that told me they were serious about their craft. Then they showed everyone, right from the start, that they were all business. Pure, smooth, fast paced rock ’n’ roll. No fucking around. They blasted into their set at 100 MPH, a well oiled machine, playing very, very tight together. It was quite obvious they’d all been playing as a band for a while, and often. They performed most of their debut record, No Love for the Drowning, and mixed in a super fun T. Rex cover, “20th Century Boy.” A whirling-dervish of high octane rock, Burrows closed out another wonderful Tuesday night at Acme with ease. It all seemed so seamless, and effortless, I felt like they’d been doing it for decades, even though their ages would have made that near impossible.

Check out a full photo spread from contributing photographer Jake Giles Netter below, and never miss our Acme Tuesday night … ever! Next week, Dec. 8, we are happy to host a special night highlighting some local standout’s in the Nashville pop scene, Daniella Mason, Dani Elliott, and REMMI, so make sure you are on time to get the most music in your life as possible. You can thank us later.