Bonnaroo‘s annual lineup guessing game, Roo Clues, is currently underway, and, similar to last year, it seems that they’ll all be Instagram-based word games (a definite shift from past years with real-life scavenger hunts and elaborate riddles, but we’ll take it). In total, ten clue are set to drop, likely two per week, and will provide hints as to who we can expect to see at this year’s fest. Once again, we’re putting our expert sleuthing skills to work, and doing our best to solve each and every one. After the jump, check out a bonus clue (presumably bringing the total to 11) as to who you can expect to see this summer on the farm! 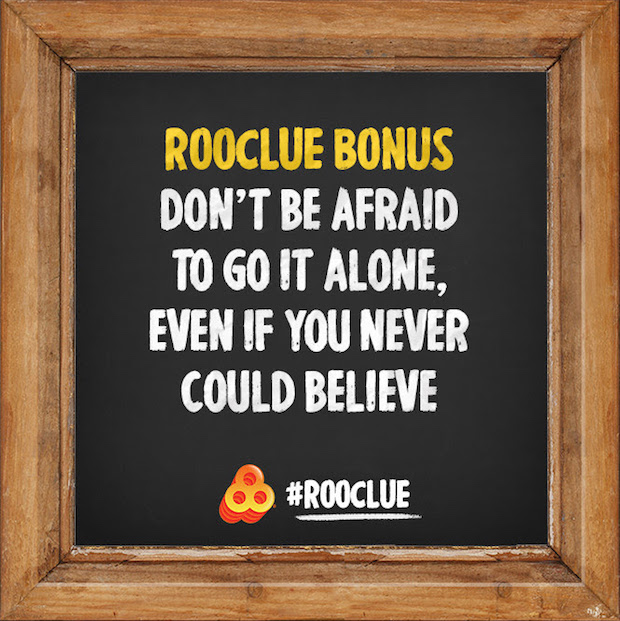 DON’T BE AFRAID TO GO IT ALONE, EVEN IF YOU NEVER COULD BELIEVE

It’s been a huge couple of years for Jason Isbell; are you happy to see him back at Bonnaroo?

And don’t forget to check out our 2016 Bonnaroo Lineup Rumors post, which is regularly updated with the lastest info and speculation!