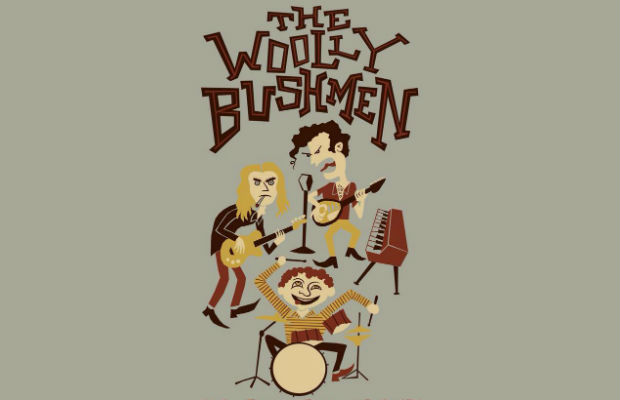 This Sunday night, Dec. 20 at the The East Room promises to be a beachy, surf rockin’ good time, a throwback to the warm days of summer amidst ever colder December days. Florida-based The Woolly Bushmen are a soulful, garage rock band with lots of surf influences that will remind you of some of the best pop music of the ‘60s. Fellow surf-rockers The Beech Benders, Nashvillians by way of Bowling Green, will also be bringing their funky, instrumental music, which sounds like it would make a perfect James Bond theme or easily make up a ‘60s beach movie soundtrack. Also playing are Deadly Lo-Fi, who play spooky garage rock, either as a one or two piece.  The show starts at 9 p.m., is 18+, and will set you back $5 at the door.

The Woolly Bushmen are a trio from Orlando, consisting of brothers Simon and Julian Palombi and friend Jacob Miller. With influences like The Sonics, The Animals, and The Velvet Underground, they play beachy, ‘60s, surf, garage rock. Simon and Julian both started playing music at the age of 5, and at 17 they formed The Woolly Bushmen. The band track all their music on a reel-to-reel tape machine in their own garage, and are adamant about recording themselves on vintage equipment to get the sound they want. Their ‘60s beach sound is a great compliment to Nashville’s Beech Benders, who are also on the bill.

We’ve been big fans of The Beech Benders for a while, and think that anytime you can hear this local instrumental group play, you should. They play great, surf rock jams that sound like the best soundtrack to a ‘60s beach movie that’ll make the winter weather melt away. Even if you don’t think instrumental surf rock is your thing, we suggest you give this band a shot; you might be surprised at just how catchy and hypnotizing their songs are!