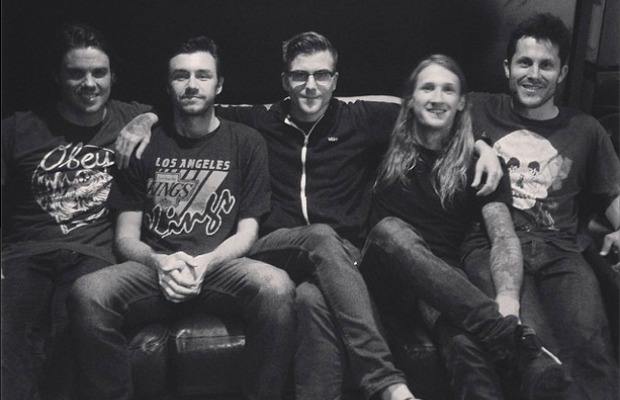 Unless you, like us, were shopping at Hot Topic, counting down the days until Warped Tour, and pouring over the pages of Alternative Press amidst the pop punk/emo/post-hardcore explosion of the early ’00s, you’d be forgiven if you didn’t know that Anthony Green, best known for fronting Philadelphia proggy/indie/alt rock outfit Circa Survive, actually got his start singing for post-hardcore group Saosin. After lending his powerful pipes to just one five-song EP, Green split, and the group went on to release two more EPs and two full-lengths, eventually fizzling out around 2010. The prospect of Green, an established artist in his own right, ever working with the band again seemed nothing more than super fan’s daydream until, unbelievably, the original incarnation of the band reformed for Skate and Surf Festival in the spring of 2014, leading to a short run of shows earlier this year, as well as news of a forthcoming full-length. The unlikely reunion will continue into next year, when Saosin, with Green, are set to play Cannery Ballroom on March 15.

This is one of those weird instances when a band, or at least a version of a band, that was never that huge in their day have amassed a larger following in their absence (when Dashboard Confessional’s Chris Carrabba reformed his old group Further Seems Forever, a similar phenomenon occurred), and demand for this nostalgic, alternate-timeline Saosin is through the roof. Needless to say, you should probably go ahead and grab tickets to the all ages event right here, and take a trip down memory lane below.