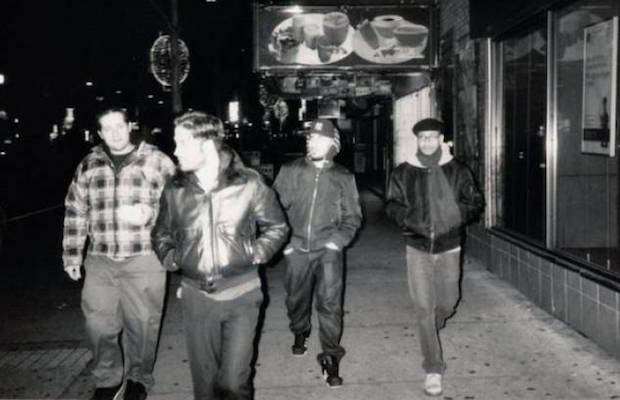 Seminal Long Island post-hardcore band Glassjaw haven’t released a proper full-length since 2002, but that hasn’t stopped longtime fans from speculating when, or if, their long-rumored, highly anticipated third album might finally arrive. Plagued by lineup changes, false starts, obligations to other projects, and singer Daryl Palumbo’s persistent health problems, Glassjaw’s activity over the past decade has been intermittent at best, with a couple of EPs, singles, and tours delivered at just a steady enough pace to keeps fan satiated

As we recently announced, Glassjaw will play what appears to be their first Nashville show ever (or at least first in 15+ years) March 15 at Marathon Music Works supporting Coheed and Cambria. While tour news had us hoping that might mean new music, we’ve learned not to get our hopes up, lest we get burned once more. However, this time around, Palumbo and co. seem finally ready to deliver, dropping a surprise new single this week called “New White Extremity,” ahead of a presumed 2016 release for their mythical first album in 14 years. A definite return to form following 2011’s somewhat subdued Coloring Book EP, “New White Extremity” is the loud, angsty, bone-crushing Glassjaw we’ve been jonesing for for many, many years. Spin it below, and grab your tickets to the upcoming show right here.