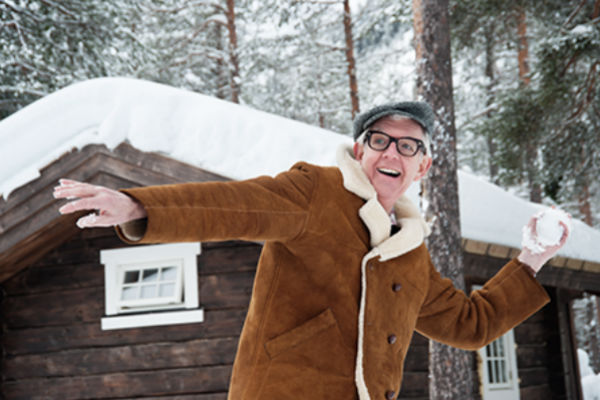 Nick Lowe is once again taking his Quality Holiday Revue on the road and this time with the superb Los Straightjackets as the backup band! While this may seem like an odd combination, it fits right in for long-time fans of Nick Lowe who always does things in his own style. The Quality Holiday Revue Live album with Los Straightjackets was recently released, and this promises to be a wonderful show that will get the Holiday spirit flowing! Opening the evening is The Cactus Blossoms, a duo of brothers with guitars and tight harmonies. You can catch all of this on Saturday Dec. 5 at City Winery.  The show starts at 8pm, and tickets are still available from $45-$55.  Read on to learn more about the acts.

Nick Lowe has been performing for 40 years and is still going strong! Known as a top-notch producer (Elvis Costello, Graham Parker, Pretenders), a musician’s musician, and a witty singer-songwriter, Lowe’s music spans the gambit – from country to rock, soul to pop. Earlier this year he released his Yep Roc Records debut United States which is downright soulful. 2013’s Quality Street: A Seasonal Selection for All the Family was the year’s most acclaimed holiday album. Lowe called it a “sleigh bell-free zone”. This year Lowe teamed up the Los Straightjackets and released Quality Holiday Revue Live and hit the road again to bring the Holiday spirit to all!

Los Straightjackets have been playing instrumental surf and roots music for the last 25 years wearing their signature Mexican wrestling masks! Plus, they are no strangers to holiday albums having two under their belt. Always high energy and a ton of fun, they are going to add an edge to Lowe’s Holiday Revue!

The Cactus Blossoms are a brother duo from Minneapolis, and we are eagerly awaiting the January release of the album You’re Dreaming which was produced by JD McPherson. With their blend of early rock and roll and classic country, minimal instrumentation, and perfectly in tuned blood harmonies, this is a band to keep your eye on.

Nick Lowe, Los Straightjackets, and The Cactus Blossoms will perform Saturday, Dec. 5 at City Winery. The show is all ages, begins at 8pm (doors at 6pm), and tickets are available for $45-55.