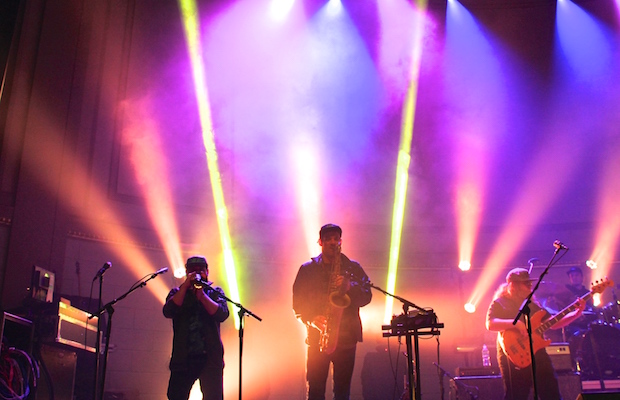 Review and photos by Olivia Ladd.

Lettuce brought the funk to Nashville with touring pals, The New Mastersounds. The night was magical and uniting for fans of all kinds to enjoy the upbeat sounds. If you missed out or want to remember this amazing show, read below for a full review and photos!

After getting off work on Saturday, I headed downtown with a friend for the show. It was my first time seeing anyone play at War Memorial Auditorium, and I was beyond impressed with the venue. We entered through the columns and into the big room, and found a spot towards the front and joined the crowd to watch the show. The audience was a good mix of middle aged couples and young, college aged jam band fans. It showed funk is a genre that all types can enjoy. 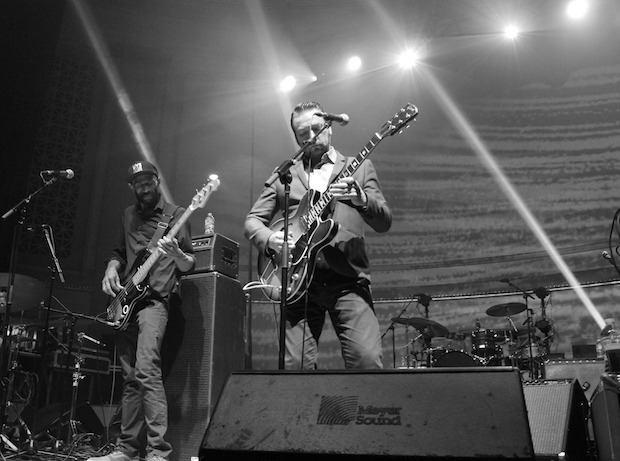 I headed to the photo pit once the lights dimmed as The New Mastersounds took the stage. I was new to the British funk group, but their lively set made me a believer. Their songs progressed slowly but surely, crescendoing into groovy rhythms. The keyboardist and drummer took the farther left and right sides of the stage and poured their all into the playing. It was clear each member of the band was a talented instrumentalist. The bassist and guitarist’s chemistry was visible on stage, and there was no doubt they all loved playing together. It was refreshing to see a group who played music truly for the love of music. Their set lasted for about an hour as more and more people filled the room. The colorful stage lighting became more spontaneous as the music became more excited, setting the mood for what was to come. 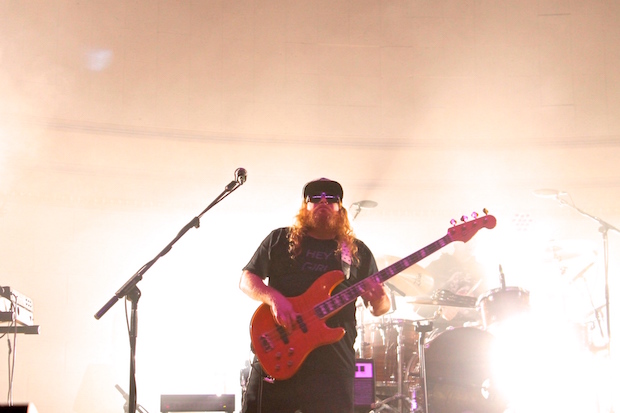 There was a short break between sets. As the stage crew set things up, I chatted with people I recognized in the audience, and we made our way closer to the center. Some fans chose seats where they could relax in the balcony while others wanted to be up close and personal to dance along with the band. Soon enough, members of Lettuce walked out and the main event began. 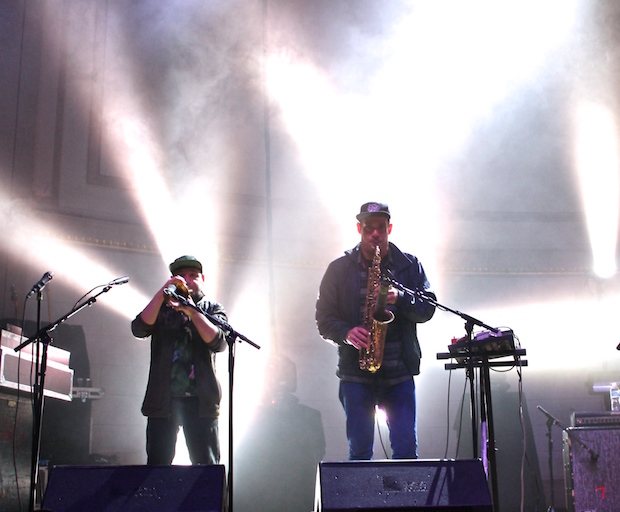 I’ve seen Lettuce before, but in a much smaller setting. This stage gave them plenty of room for the large group to spread out and place importance on each section accordingly. The trumpets and saxophones made their presence known as the spotlights hit them, and the rest of the band jammed along beside them.

Lettuce began with music from their album, Crush, released the day before the show. Naturally, the songs weren’t as well-known by the audience, but they were just as popular. The group paired psychedelic guitar lines with funky bass and jazzy-feeling drum beats. They had the appeal of a classic funk band but with a lot of creative innovation. The stage setting made the show even better, and the lighting moved with the music. Not a single person there was standing still, and I understood why. For a band that is always on the road, I was impressed with their ability to keep things fresh. They peppered in a collection of songs from older albums with the new, and the crowd’s favorite seemed to be “Lettsanity”, a defining track for the group’s unique funky sound. People were still begging for more when it was over, and the band reciprocated with a killer encore.

Lettuce is a band best appreciated live, and they sounded even better than their recordings. They expressed their gratitude for the fans throughout the show. It was a show that really brought together a lot of different types of people for a fun, funky night of dancing.