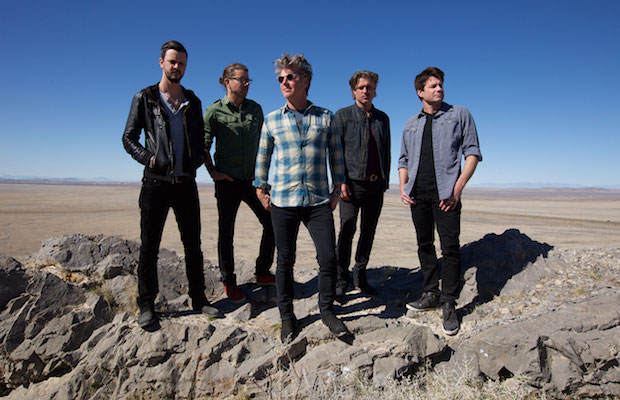 It’s going to get extra grungy tonight at Marathon Music Works friends, because multi-platinum powerhouse quintet Collective Soul, the group behind the iconic ‘90s rock anthem “Shine,” will be performing, and they are ready to show everyone they have some new tricks up their sleeves. Look for the CS’ frontman Ed Roland’s side project Ed Roland and The Sweet Tea Project to kick things off. Tickets are still available for $27-$32, so don’t miss your chance at nostalgia. While you’re clicking, read on after the jump for more info on the bands, and we hope to see you at show!

Birthed in the quagmire that was early ‘90s grunge/alternative rock, Collective Soul exploded onto the scene with their debut record, Hints Allegations and Things Left Unsaid, thanks to the aforementioned smash hit single “Shine.” After crossing over more into the mainstream, there have been more hits (see “December” or “The World I Know”), and also some lineup changes, but two decades later CS are still going strong. Touring in support of their latest record, See What You Started By Continuing, the band are ready to shower you in their platinum hits, plus show you a thing or two about where they are heading.

Starting out as just a gathering of friends who would hang out at his house after gigs, Ed Roland (singer/guitar/keyboards of Collective Soul) would play new songs he was working on, with out his headlining band in mind. The friends would jam, incorporating banjo, mandolin, steel guitar, and ukulele; really whatever was laying around. It soon manifested itself into a side project dubbed Ed Roland and The Sweet Tea Project. This has epic written all over it, so don’t forget to get to the venue early to check it out!

Collective Soul plus Ed Roland and The Sweet Tea Project will perform TONIGHT (Wednesday, Nov. 25) at Marathon music Works. The show is 18+, begins at 8 p.m. (doors at 7 p.m.), and tickets are available for $27-32.