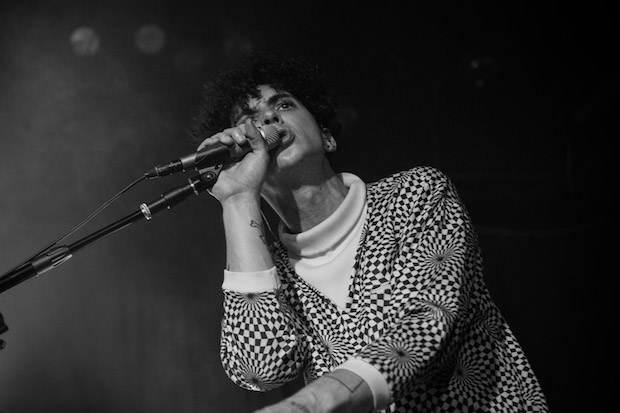 Youth Lagoon is fresh off the release of his third studio album, Savage Hills Ballroom, and the creative genius stopped by Nashville at Mercy Lounge in support with touring companions, Moon King. The show was wonderfully weird and packed full of talent. Read below for a full review and some awesome photos from Amber Jane Davis.

I headed to Mercy Lounge with a blank slate of expectations. I knew about the bands from my research, but had never seen them live, so I was excited. Not many people filled the room when I arrived, so I found a spot near the front and stood with the others there as the opener took the stage. 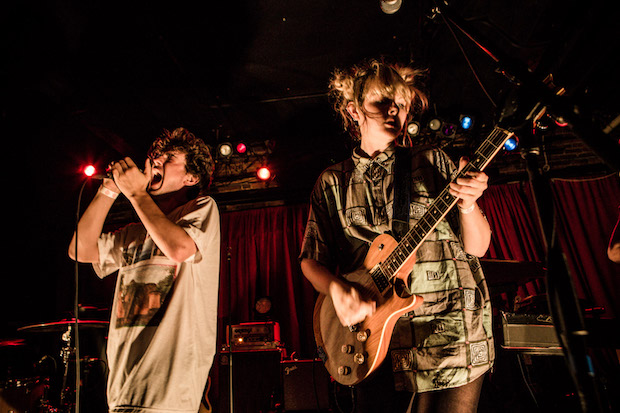 Pop duo Moon King came on in full force, and I understood within minutes why they were opening for Alvvays in Europe, and have so much buzz around the web. The Toronto-based outfit encouraged audience participation throughout their high-energy set. Daniel Benjamin ran around the stage, playing electronic beats and synth lines in between dance moves. His backup vocals presented elegantly alongside Maddy Wilde’s powerful voice, the female-fronting component of the group. Everyone was dancing along, and I would have never guessed it was Moon King’s first time in Nashville until they said it; they were received well, and were full of spunk the whole set. 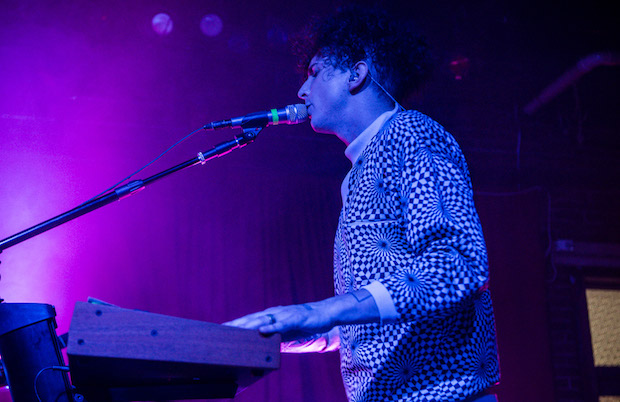 I wasn’t sure what to expect from Youth Lagoon. His songs have frequented my playlists for the past few years, and I knew he was signed to Fat Possum Records in Oxford, Mississippi, not far from where I grew up. Friends in school there told me tales of house shows during his days at Cats Purring Dude Ranch, a residential art collective in the area. Those days seemed far-off and I began to think I missed seeing Youth Lagoon in his “prime.” I can say assuredly now after watching him perform pieces from Savage Hills Ballroom that his talent is only expanding.

He began with tunes from his newest release as the crowd filed closer and the smoke machine filled the room. Things got really dreamy with the tone of the light and the heavy synth coming from the left of the stage. Trevor Powers emerged from behind a keyboard reverently. The first few songs were from Savage Hills Ballroom, before the show took a turn for the nostalgic when “Cannons” from The Year of Hibernation, one of his first ground-breaking hits. The experimental tracks really came to life in person. 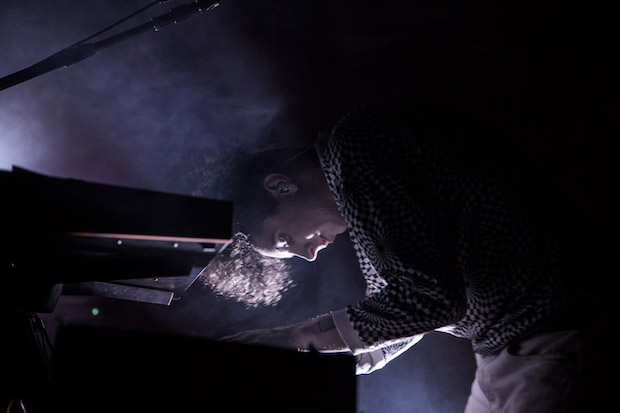 As the show went on, Powers’s passion only increased. He put all of his energy into the performance, jumping on amps and thrashing his arms while jumping and singing. This really made for several transcendent moments with everyone in the room. The dim lighting and purples and blues cast on the musician made him seem ethereal, almost not even real. His dynamic was so interesting.

He played more newer songs, but the audience remained engaged the whole time. My personal favorite was “The Knower.” It began with haunting piano chords and falsetto, only to crescendo into a beautiful, noisy masterpiece with flashing lights and an emotional performance.

By the time Powers and his band left the stage, people were applauding for him to return. With a little convincing, he stepped back and gave an encore.

I thought the show was fantastic, definitely out of the ordinary from the typical punk shows I see on the weekend, and it was refreshing and bubbly with the right amount of seriousness. If you ever have the opportunity to see Youth Lagoon, do it.