Yo La Tengo Drops New Covers Record, ‘Stuff Like That There,’ Ahead of Mar. 29 Date @ Exit/In 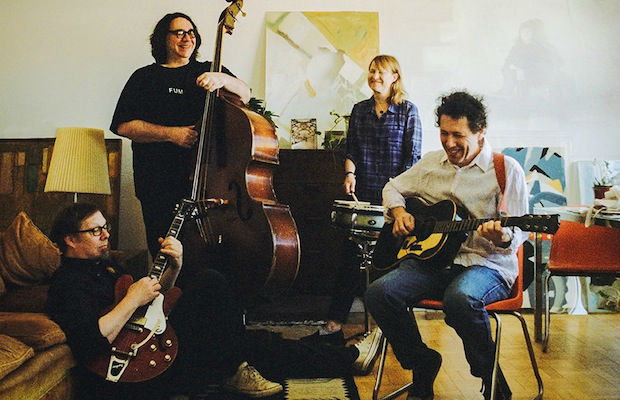 Yo La Tengo are no strangers to the game at this point. The band has been catching ears in the alternative rock/dreampop community since 1984. From albums like Painful to the experimental And Then Nothing Turned Itself Inside Out, the band has been a seminal face of the Matador Records family. The backbone of the band is the husband/wife duo of Ira Kaplan and Georgia Hubley. The two have kept the band’s momentum going throughout the years as the rest of the lineup has changed, but Yo La Tengo has remained known as a “critics band” due to their success amongst critics, yet their underwhelming public reception. The band has not only recorded their own music, but has made a name for themselves with their covers of other popular rock and roll songs. The 1990 record Fakebook featured a wide variety of covers as well as five original songs, and is often regarded as one of their best albums.

Now the band is back with another cover record titled Stuff Like That There, which also features re-records of some old YLT songs.  The group is going to be at Exit/In on Mar. 29.  You can purchase tickets here, and, while you wait for the show, you can head below to check out the cover of “Automatic Doom” from Special Pillows off of the new record and a full track listing. Don’t sleep on what is sure to be a great show full of some really original covers and, surely, some YLT faves.