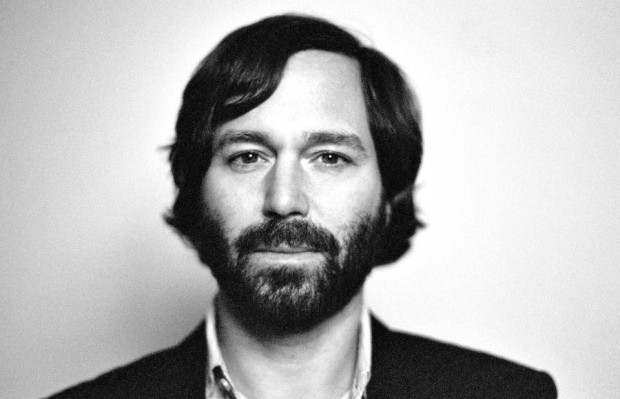 Matt Pond is no stranger to Nashville, and after 2 years since his last time here, we’ve been itching for more! Luckily, the Music City stars have aligned and granted our wish with 3 artists hot off the release of brand new, incredible albums. Tonight, at 8 pm, Matt Pond is stopping by The High Watt on his killer tour with Laura Stevenson and Completions. This 18+ show is only $12 and you can snag a ticket here or at the door!

Some think that if you don’t reach massive commercial success, you’re a failure. On the contrary, true success is longevity. In a world and industry of constant trends and change, sustainability is a highly sought-after trait. Being able to grow and adapt is the name of the game, and Matt Pond has been able to do just that. Matt Pond PA (the PA is an often used nomer, which comes from his home state of Pennsylvania) has been doing the thing for going on 17 years. With 8 albums and just as many EPs under his belt, he practically has the routine down to a science. Still fresh off his wonderful new album The State of Gold that came out in June, he is back in Music City for the first time since we had a chance to talk after his show at The High Watt 2 years ago. This is going to be a good one too. His fuzzy and atmospheric brand of indie-folk is in line with Father John Misty in voice and style, and will either make you want to dance or make your head spin. In a good way!

Laura Stevenson is a ray of light in a dark, dark world. She won our hearts after her acoustic set with Anthony Raneri this past August. Her intimate, caution-to-the-wind lyrics could strike a chord (heh) in anyone, and her twinkling, spritely voice is shiver-inducing when it reaches its crescendo on tracks like “The Wheel” or the brand-new “Out With a Whimper”. After releasing her flawless new album Cocksure just 2 weeks ago via Don Giovanni Records  (and a new music video just after that), this train is building up steam, so get on board now.

Opening up this show is San Francisco producer/songwriter/cellist for Matt Pond, Shawn Alpay (aka Completions). After several other failed full-band projects, Alpay has decided it’s best to go it alone. On his debut EP, which just came out last month, he proves that he can handle being on his own just fine. The 6 song EP (7 counting the tastefully-done cover of “A Case Of You” by Joni Mitchell) is pure neo-folk, and it’s definitely worth showing up early for. Doubled vocals similar to bill-mate Matt Pond ripple throughout, and bring something a little more relaxed to the table.

Matt Pond PA, Laura Stevenson, and Completions will perform November 13 at The High Watt. The show is 18+, begins at 8:30 (doors at 8pm), and tickets are available for $12.

MUTEMATH Celebrate the Release of 'Vitals' with an In-Store Performance TODAY @ Grimey's!