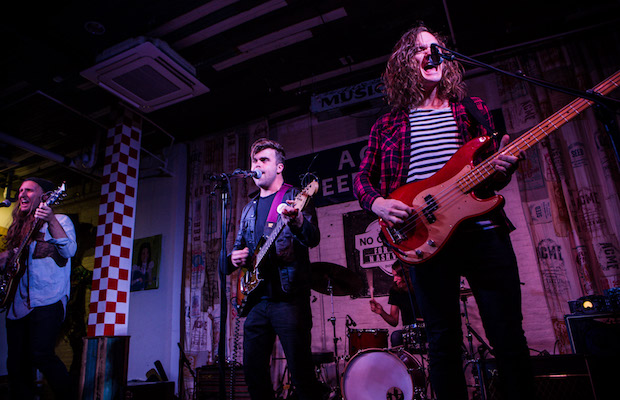 Every single Tuesday for the past year, we’ve been teaming up with hip downtown restaurant and performance space Acme Feed & Seed to host a free showcase of some of our favorite emerging local and national talent. For our last week’s installment, which featured a trio of local talent, we welcomed indie rockers Carey (formerly of Pang), singer-songwriter Dean Jackson, and alt-rockers The Gills to the Acme stage! Read on for more about it! 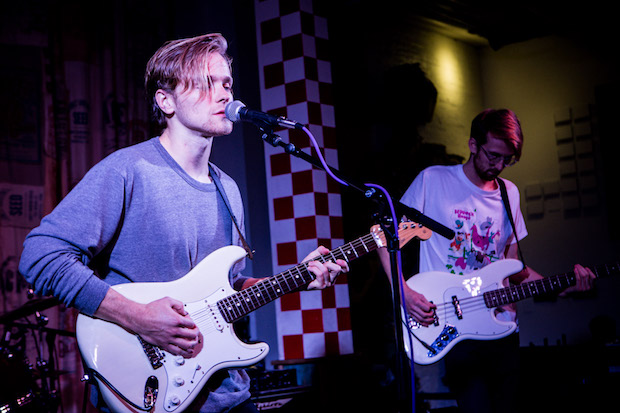 If the members of Carey look familiar, that’s because some (all?) of them once made up another local project, synth pop group Pang, who we were such big fans of, we invited to perform at one of our earliest Acme showcases more than a year ago. Carey are hardly Pang 2.0 though; they’ve traded in the nostalgic, ’80s-infused synth rock for a more indie/alt-rock, fuzzy, pseudo ’90s inspired sound not dissimilar from Pavement. Having only heard one single going in, I didn’t know what to expect, but I was floored by their change in direction, earnest delivery, and well-honed material. Like Pang, Carey are one of Nashville’s best underground acts, and, hopefully, this new group will be around long enough for you all to hear. Keep them on your radar! 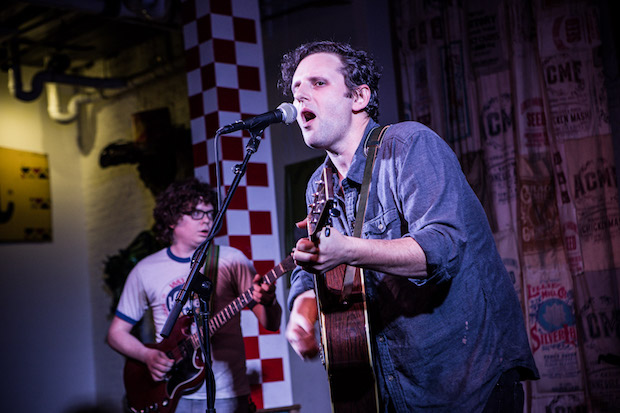 A prolific part of the local scene, singer-songwriter Dean Jackson regular writes and performs with some heavy-hitters, and, after a longtime association with The Basement and Basement East, recently restructured his time to focus more heavily on music once more. It really showed in his Acme set. A seasoned performer, Jackson and his band, who I couldn’t precisely ID, but I know sometimes includes members of Deer Tick, Diamond Rugs, Blank Range, Turbo Fruits, and more, were absolutely on fire, delivering a mix of his solo work and material made under the moniker Church of the Good Hustle. Fusing elements of rock with some soulful and folky flair, Jackson sold every note with sincerity, a certifiable and authentic talent. He’s the type of performer that can bridge the gap between the bands you’d typically find playing on Broadway and the broader local talent who never get the chance, and I couldn’t be happier to have hosted him at our latest showcase. 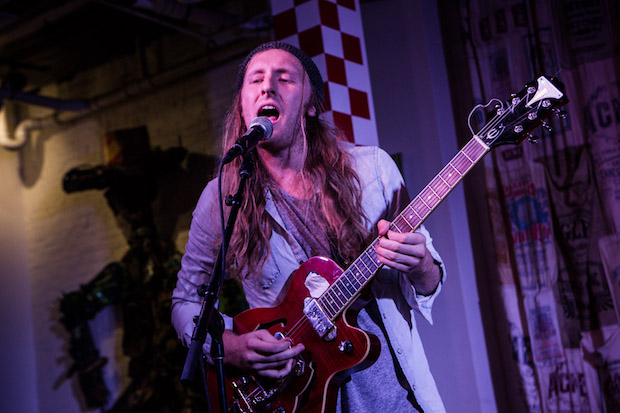 Closing out the night, local rockers The Gills cranked things up a notch, bringing the noise, energy, and no-bs rock and roll to downtown. The momentum of the show flowed perfectly, and, by the time The Gills took the stage, the casual diners had departed, leaving way for the music fans, friends, and casual onlookers to properly rock out. Previously more in the realm of pop rock, The Gills have adopted a grittier, more alternative sound with newer releases, building towards their highly-anticipated new record, due out next year. This sound definitely defines their stage show these days, and even older tunes were punched up with more momentum and bite than I’d seen the band play with before. It’s easy to get lost in the sea of quality Nashville rock, but these guys are a name that’ve been tossed around and a band who’ve popped up in countless shows and showcases for several years now, and for good reason. They’re one of Nashville’s most promising up and coming rock acts, and a band you should absolutely see as soon as possible, if you haven’t already.

Our weekly, free Acme showcase continues Tuesday, Nov. 10 with Aaron Lee Tasjan, The Loose Hinges and Brian Ritchey! Hope to see you there!