Watch Shamir Make TV Debut on ‘Colbert’ Ahead of Show TONIGHT at Exit/In with HANA! 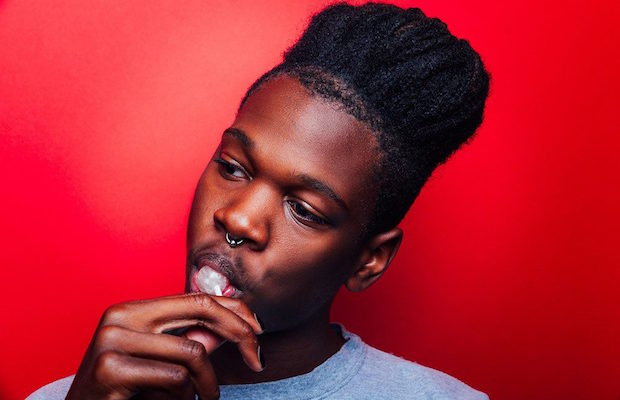 It’s Monday, you’re home from work, and you’re looking for some plans to kick your week off right, right? Don’t worry gang, we’ve got you covered! In what might be the best under the radar show of the week, buzzworthy young electro-pop artist on the rise Shamir, who, just last week, made his national television debut on The Late Show with Stephen Colbert, is set to play TONIGHT, Nov. 9 at Exit/In! Androgynous both on a personal level and a musical one, Shamir’s sound defies classification, pulling from elements of pop, disco, electronic, and hip hop, his debut album Ratchet serving as one of the year’s most unique releases. Rounding out this evening’s show, and helping make it a can’t-miss event, rising electro-pop songstress HANA returns after wowing us with her opening stint with Purity Ring a few months back. Praised by Grimes, Lana Del Rey, and Lorde, she’s an indie pop powerhouse in the making. You still have a few hours until the show’s 9 p.m. start time, so grab tickets here or at the door, watch Shamir’s Colbert performance of “On the Regular” below, and head to Exit/In tonight to see two acts on the verge of worldwide fame while you can still catch them in small clubs!

Get Magical With This Amazing Promo Video For East Nashville Underground Reunion At The Basement East On Nov. 19-21!