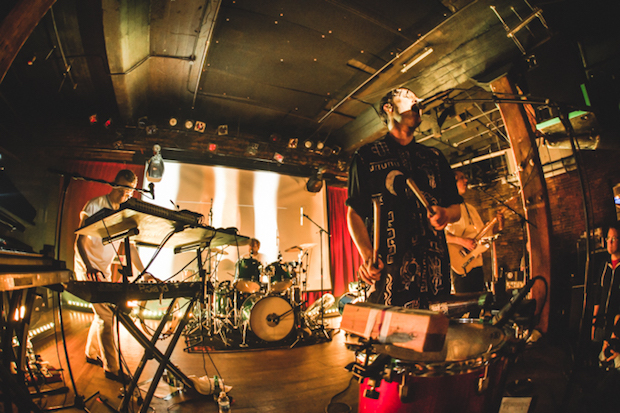 On tour in support of one of the year’s best releases, Born Under Saturn, British art rockers Django Django made their first ever Nashville stop at Mercy Lounge (moved from Cannery Ballroom) Nov. 3 with Wild Belle. It was a show to remember, with some famous fans in attendance, and we were there for every thrilling moment. Read on for a full recap, and for a great spread from contributing photographer Jake Giles Netter.

Sometimes the best shows are the shows you go in to cold. I’d heard the headliner’s name tossed around before, but other than a backing track at a party or snippets on the radio, I’d never really heard them before. I jumped at the assignment when it was offered. Thinking of previous festivals finds, which are some of most cherished show memories of all time, I was eager to get to Mercy Lounge to cash in a another new musical discovery … well new for me anyway. 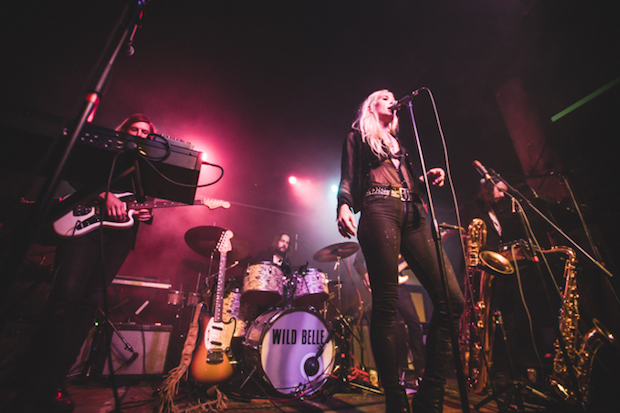 We ordered a round at the bar just as the openers, Wild Belle, got down to business. Frontwoman Natalie Bergman owned the stage from start to finish. Her platinum blonde hair reflected the stage lights, and her black sheer shirt with matching lace bra finished off her ready-for-prime-time rock star persona. The band rocketed into their set with reckless abandon, and the bass reverberated so hard I could feel it tickling my nostrils. Wild Belle’s sound is permeated with electronic and indie rock influences, but pulled in jazz and reggae elements as well. However, Natalie’s amazing voice is all smokey soul; make no mistake about it. The baritone sax on several songs also added an element of awesome I was really digging. They played some songs I recognized from their noteworthy 2013 debut, Isles, and some new stuff from their followup, Dreamland, set for release early next year. All in all I was throughly impressed with their sound and stage presence, and I look forward to hearing more of what they have to offer in the near future. 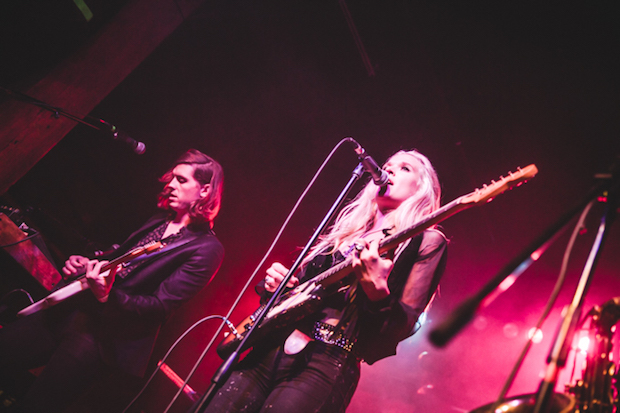 During the break, we stepped out for a smoke. When we found a spot in the crowd, we couldn’t help but notice a famous resident, Patrick Carney, of The Black Keys, and his friend standing next to us on the patio (the guy is over six feet tall, he’s hard to miss). Being the seasoned Nashvillians that we are, we, of course, left him alone to enjoy his evening. We here in Music City strive to never be ‘that guy/girl’, so take note newbs. Several minutes later, when I was just thinking how nice it was no one was hassling him, some random walked up and did the whole “You look familiar” bit. Turned out the intruder was in town all the way from Spain; go figure, leave it to a tourist to ruin the Nashville mystique. To Mr. Carney’s credit, he was very polite and accommodating with casual conversation. 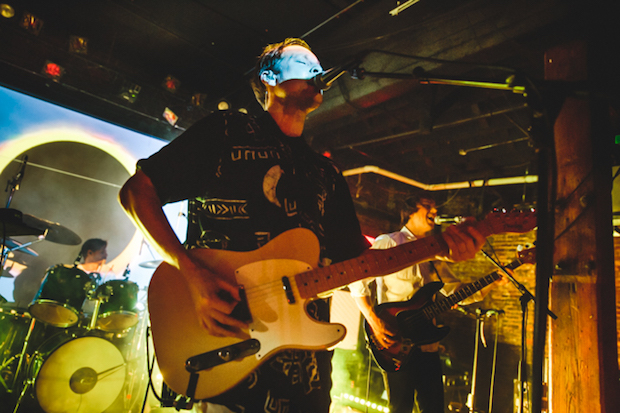 After some fairly extensive setup, it was time for the main event. As someone who knew little about Django Django going on, I realized that they immediately reminded me of another band, Animal Collective, that I was much more familiar with. The biggest difference between the two is that DD have much broader, more high energy, less drug trance ready arrangements. Big fans of the heavy build, always to epic crescendo, the Brit new wavers were just as fucking awesome as everyone had told me they are. Throughout the set, a tripped out light projector show breathed and pulsated in tune to the music. Sometimes a whacky smiley face, other times abstract shapes, the visuals were a very nice addition to an already out of this world performance. 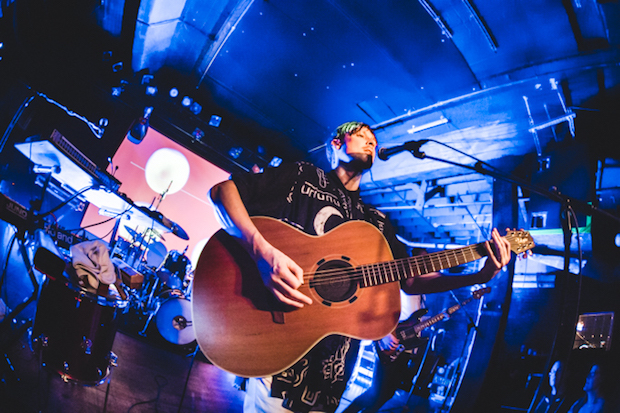 During one portion of the set, they broke out acoustic guitars, and incorporated whistling to dramatic effect, giving the music a very strange and wonderful ‘70s Western Film soundtrack feel. Soon enough, they were back to the heavy ‘80s synthesizer vibes that their reputation is predicated on. During one jam, three of the four were synthing the fuck out, while the crowd danced and gyrated to the rhythm. Build to power play drop. The formula rings true. They weren’t afraid to bring out a sax of their own for the track “Reflections”, and a little later they played what would become my favorite song of the night, the surf rock flavored “Life’s a Beach.” The group incorporated crowd participation too, including telling everyone to take a knee, raising slowly in time to their trademark build/explosion. After an encore, I was officially floored, having discovered my latest band to obsess over. Get hip now my friends, if you haven’t already, because Django Django are the real deal, and on the rise. While we have you, check out the photo spread from Jake Giles Netter, and as always, come back real soon to learn all you need to know about what’s happening sonically in Music City.

Watch Shamir Make TV Debut on 'Colbert' Ahead of Show TONIGHT at Exit/In with HANA!