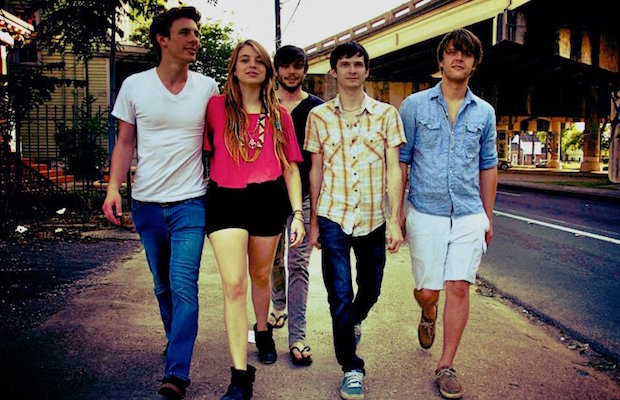 If you’re in the market to find some eclectic music happening this weekend, the Givers and Doe Paoro show at Exit/In might be exactly what you’re looking for. Givers are a band of Louisiana natives, who combine the jazz, Zydeco, and Cajun music of the cultures they grew up in with their love of world music and new wave. After the success of their first album, In Light, they’re back with a follow up, New Kingdom. Doe Paoro’s influences are just as eclectic; she has a passion for Tibetan folk opera, though her music is more synth-pop. They’ll play tomorrow night, Sunday, Nov. 8 with music starting at 9 p.m. The show is 18+ and tickets are available here for $12-$15.

After playing shows alongside Dirty Projectors and releasing their first album, In Light, in 2011, Givers did the late-night and festival rounds to much success. Four years later, they’re releasing their second album, New Kingdom. The first single, “Bermuda,” showcases some of their Louisiana, jazzy roots but is still clearly an indie song. With roots that include world music, Zydeco, and jazz, Givers’ sound is always surprising in the most pleasant way. Their shows tend to be upbeat, drawing on the afro-beat of the songs on In Light. While the new album, which comes out on Nov. 13, could bring a whole new feeling to their live shows, they’re sure to be as interesting and fun as ever.

Like Givers, Doe Paoro has an interesting, eclectic mix of influences. While her music mixes modern R&B, synth-pop, and soul, it can’t be overlooked that she spent time in Tibet studying the country’s traditional folk opera. And despite its differences, the musical landscape of her album isn’t a huge distance away from Bon Iver. In fact, Justin Vernon even produced her single “The Wind.” With such a wide range of influences, Doe Paoro’s an artist to watch and someone who, like Givers, is always surprising her listeners.

Watch The Lonely Wild's New Video for "Snow" Ahead of Nov. 14 Shows at The High Watt & Grimey's