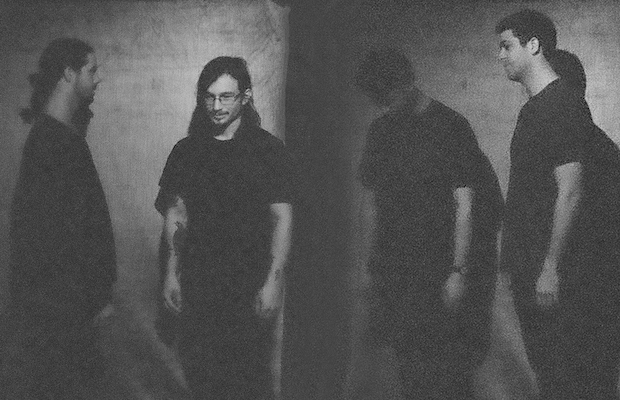 What a time to be alive. After several years of avoiding us like the plague, Wilkes-Barre, PA punks Title Fight finally made the trek back to Nashville. What took them so long is beyond us, but it was well worth the wait. With support from Body Origami (Nest) and Alex G, this sold out show at The End was one for the ages, and if you missed it you should be kicking yourself right now. Find out why in our full review below!

Body Origami have only operated under this moniker for a few weeks. They had been Nest since their inception in 2011. What prompted the sudden change, I don’t know, but what hasn’t changed is their talent. Every time Body Origami play, I am blown away and happy to say they and I are from the same place, and this time was no exception. Everything is always so tight, with shimmering guitars almost-but-not-quite covering the off-beat drum and bass groove. While their music may not always be the most interesting, it is certainly beautiful and immersive. Bassist and vocalist Evan Davis seems to put himself into a hypnotized trance during their set. No one goes wild, they just let it wash over them. Just like their songs, their live performance too is a little bit surreal, a little bit ambiguous. The flowers in the microphone stands, accompanied by the formal dinner table set for two on the stage, brings to mind a couple that have fallen in love and died with one another. Haunting and passionate, Body Origami (the only opening act on the bill) are headed somewhere good, and I think they’re still just getting started.

The hardest band to care about is the one right before a headliner you can’t wait to see. Sometimes the temptation is strong to do the unthinkable: go outside and miss it completely. I saw far too many people do this for Alex G’s set, and I don’t think they quite knew what they were missing. Philly’s own Alex G has been gaining momentum over the past couple years, playing alongside other lo-fi acts like Teen Suicide and Elvis Depressedly. And he is hot off the release of his most recent full-length album Beach Music, which is pure bliss. With a strong influence from the ’90s and bands like Slowdive or My Bloody Valentine, Alex G combines shoegaze and noise with glitzy dream pop. This album is an instant hit, and a large percentage of the songs he played were from it, including my two favorites, the lackadaisical “Kicker” and “Bug,” both with twanging guitars and overdubbed vocals that soothe the soul. This lo-fi element works its way into many songs, as well as layered guitars and underlying synths that are icing on the cake. However, the times when he breaks from the mold are really the icing on the cake, like the comically romantic “Mary,” or when he will occasionally just let loose a wild shriek into the microphone. Everyone loves it. His set was very straightforward, but his drowned-out voice and spastic dancing met with the mesmerizing music it was just a really enjoyable set to see. Most people, sadly, couldn’t care less about supporting bands, but Alex G really sold it, and the applause grew with the end of every song. Maybe they just new that each song meant three minutes closer to seeing Title Fight.

And who would blame them! This show was so overdue it hurt. But you know what they say, postponed gratification is the best kind. And as soon as the first note was struck in “Rose of Sharon,” all was right with the world.  There were 175 people with years of pent up angst ready to lose their minds, and that is exactly what happened. Bodies flew through the air, everyone climbed on top of everybody else, and someone put a hole in the wall, all while Ned Russin’s voice was drowned out by the wildest crowd I have ever seen at The End. And that energy never died. Co-vocalist Jamie Rhoden’s melodic mumble drowned out even during the two slowest cuts they played, “Liar’s Love” and “Crescent-Shaped Depression.” People just love Title Fight too much. They’re the best. When are they coming back? What was I talking about?

For me, and probably for a lot of people, their 19-song set flew by in a blur. Talk about straight forward. A loud noise, every person in the world landing on your head at once, and then it was over. But every second was exceptional. Only stopping every few songs to say a quick thanks, songs rolled into each other one after another. Standout pieces of their set would have to be the anthemic “Shed” or the violently upsetting “27,” but every song stands out in its own right, new or old. And there were plenty of goosebumps to go around Ned Russin has this remarkably heartfelt way of speaking, which can probably be attributed to years of touring with and being in hardcore bands. With years of growth and change under their belt, they still hold the same values and know the importance of a sold out show at a dive bar. He made sure to express his gratitude to be able to do what the band does every day and still have people excited to see them before they closed with the massive, emotionally exhausting “Head In The Ceiling Fan” and true classic “Secret Society.” They will be back sooner this time. Maybe not to The End, because honestly if every show was like that, someone would die. But they will always have a sea of people anxiously awaiting their arrival.

CORRECTION: An earlier version of this post stated that Title Fight had never played Nashville, when, in fact, they played here several times between 2009 and 2012. The post has been updated to reflect this fact.