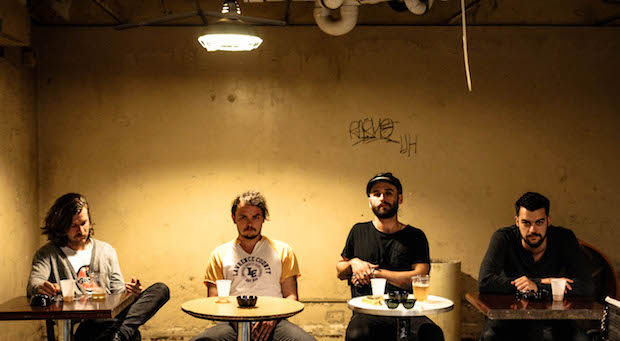 Breakout Nashville rockers, Future Thieves, are gearing up for the release of their upcoming album, Horizon Line, reportedly due out later this year.  We recently hosted them at one of our rowdier Acme showcases, and then we premiered their single “The Floor.”  Today, the band just released their Attic Session in collaboration with our friends over at War Memorial Auditorium.

The Session features the singles “Secret,” “Horizon Line,” and “On Fire,” but it also gives you a chance to hear the fellas tell their stories.  They touch on everything from their beginnings, to their recording process, to their Bonnaroo experience last summer.

Sit back and dig in below!