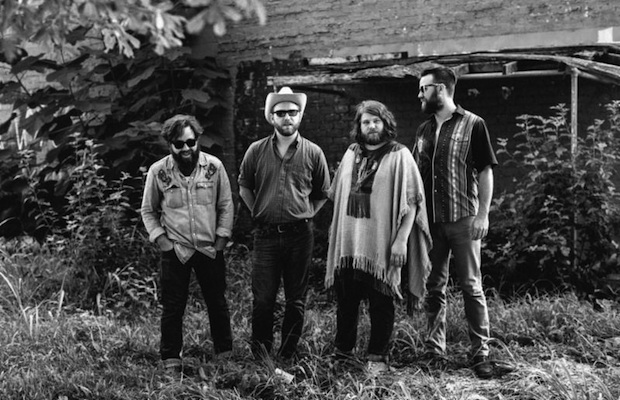 The Basement has a really great lineup of Americana/folk bands set to perform tonight, Nov. 5! The headliners are Nashville’s own Great Peacock, a poppy roots duo (who perform live with a rhythm section) with great harmony and a lot of style. Opening is New Orleans singer-songwriter Andrew Duhon with his folksy blues trio and another Nashville band Charlie and the Foxtrots, who are known for getting the crowd dancing! This night should be a whole lot of fun and is very affordable at just $8, so click below to read more about the bands.

Andrew Nelson and Blount Floyd started Great Peacock in 2013 with their acoustic guitars and blended harmonies. Rooted in the deep south and influenced equally by the traditional country music of George Jones and blue collar rock-n-roll of Bruce Springsteen, these boys fall smack in the middle with a style that is rooted in tradition but vacillates between folk, pop, country, and rock. Their debut album Making Ghosts was released in May of this year, and contains everything from swooning melodies to toe-tapping drum beats to screeching guitar solos: Great Peacock have something to please everyone!

Andrew Duhon is a soulful New Orleans storyteller, an old time troubadour of sorts who weaves heartfelt emotional stories through his bluesy folk music. Recently touring with a drummer and upright bassist, the songs from his last release, The Moorings, have been taken to a new level. He is a true folklorist with a lot of heart who leaves a magical impact on all who hear his tales.

Charlie and the Foxtrots

Rounding out the lineup are another band who call Nashville home: Charlie and the Foxtrots. Once again, we have a band here that are difficult to categorize with their country/folk music tinged with poppy energy. Reminiscent of Mumford and Sons and The Lumineers, their high energy live shows tend to develop into full out dance parties. Be sure to get to this one early so you don’t miss these guys!