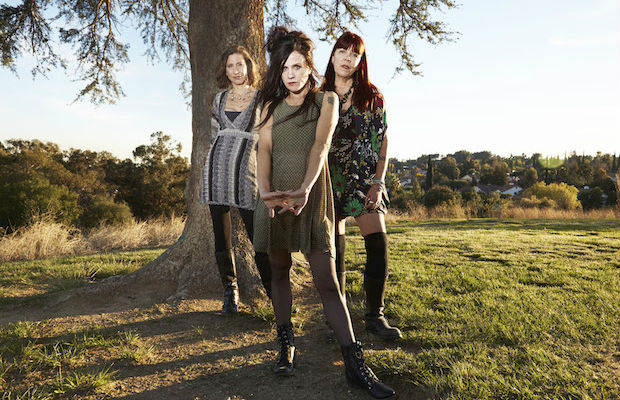 The legendary riot grrl band Babes in Toyland have reunited nearly 30 years after spearheading the look and sound of the genre that also inspired Hole, Bikini Kill, and Sleater Kinney among others. They’re playing Exit/In tonight with two bands that take much influence from the movement the Babes helped create, the Minneapolis-based feminist punks Kitten Forever and local psych-pop band Idle Bloom. The Babes’ recent shows have been getting killer reviews, saying the band is as angry and defiant as ever. After all, the baby doll dresses and smeared lipstick and screaming was about female disenfranchisement both in punk music and in society as a whole, and riot grrl created a platform for these women musicians to express their rage. Read on to find out more about the lineup and grab tickets to a show that will exhibit the influence the riot grrl movement of the ’90s continues to have on female rock musicians.  Tickets are still available here for only $20.

Fronted by Kat Bjelland, a key figure in the riot grrl movement and in the overall grunge scene as well, Babes in Toyland are considered by many to be the first riot grrl band, responsible for creating the movement’s signature “kinderwhore” look and its aggressive feminist message. All three of the band’s members have undergone significant hardships in the years since Babes folded in 2001, but they say those difficulties have brought them closer together and added new emotional resonance to their music. Nashville has already seen stops by the recent reunions of the ’90s all-female bands Veruca Salt and Sleater Kinney, both groups with different sounds but similar feminist messages that could not have existed without the riot grrl movement.

Kitten Forever are a Minneapolis-based all-girl trio unabashed in their riot grrl influence, essentially being a modern riot grrl band while recognizing the political flaws in the original movement. They play snotty punk with only a bass, drums, and singing into a microphone shaped like an old-fashioned telephone. They wear baby doll dresses and barrettes and lipstick just like the originals. They don’t want a guitarist and don’t intend on getting one anytime soon. Check out the video for “Temple” below from their upcoming record 7 Hearts, due out this spring.

Idle Bloom have quickly gained a local following for their grunge-pop powered by three-part female vocal harmonies. Influenced by ’90s grunge and ’60s psychedelic, their alternative power-pop fits in well in the local scene with bands like Daddy Issues and Bully. The single “Fare Fumo” was written by frontwoman Olivia Scibelli as a message of empowerment for her little sister.