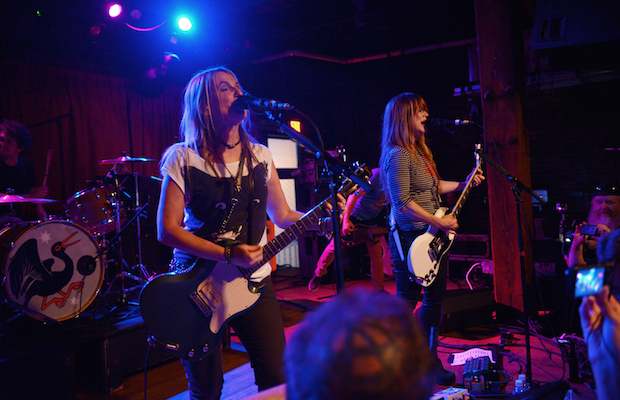 A close-to-sold-out crowd packed into the Mercy Lounge on Tuesday night to witness the reunion of nineties garage-pop cult icons Veruca Salt, who drew an incredibly enthusiastic response despite making the rowdy audience wait nearly an hour for them to take the stage (but what’s another hour after waiting fifteen years for them to break their long and tumultuous hiatus). The packed house of super-fans, who sang every word, definitely felt it was worth the wait for the return of the alternative band named after the spoiled brat from Charlie and the Chocolate Factory. New York City-based pop-punks Charly Bliss and local dream pop outfit American Dream gave very well-received opening sets.

Check out our full review and photos from Mary-Beth Blankenship after the jump. 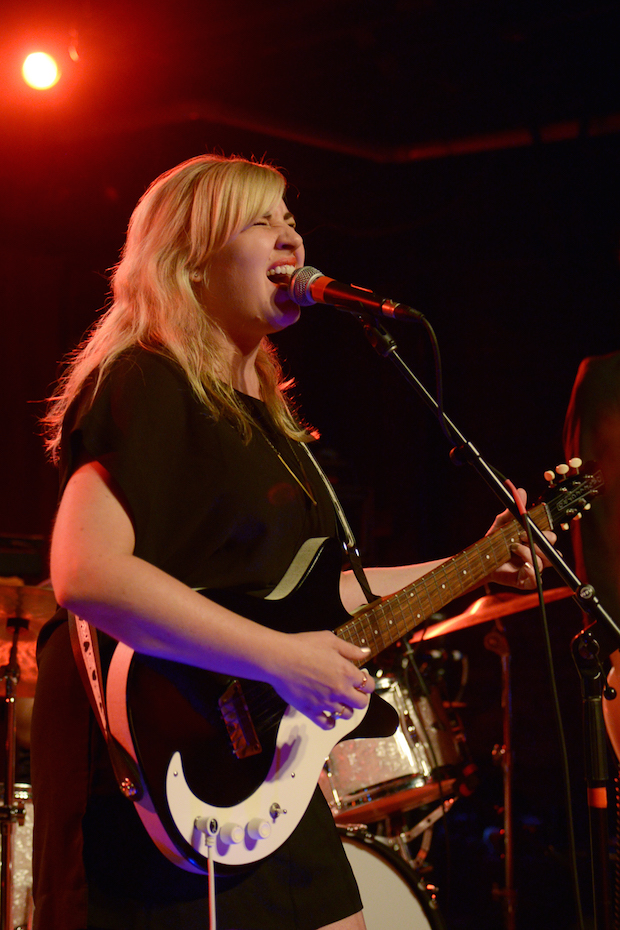 American Dream make indie alternative dreamy pop music with a western vibe added by a pedal steel player. Frontwoman Corinne Callen brings a girl-group inspired pop to the songs, making American Dream reminiscent of Blondie but with their rock and roll of the indie nature rather than punk. The majority of the set was very laid back, nothing to rock out to, but the crowd loved it and several people called for them to play longer when Callen announced the approaching end to their time. Overall, Veruca Salt brought out one of the happiest, most supportive and enthusiastic crowds I’ve ever seen at a Nashville show, and that spilled into support for the openers. American Dream ended their set with a highly unexpected cover of Aerosmith’s “Dream On,” which was impressive in terms of being a ballsy choice but was played too straight-forward and pushed the otherwise unique group towards cover band territory. 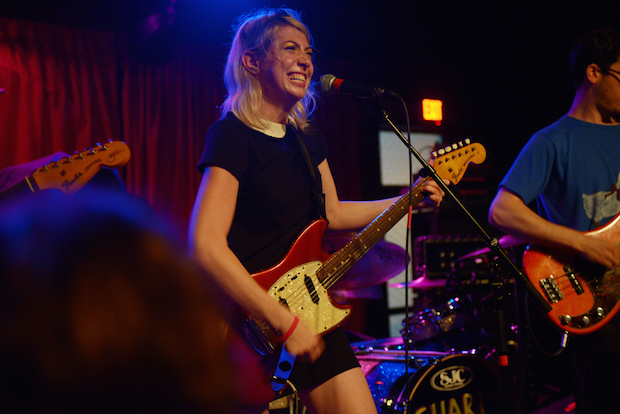 Charly Bliss are a sugary-sweet indie rock outfit from NYC fronted by a young blonde woman who could be best described as a grown-up Cindy Lou Who gone on to have a couple bad boyfriends, pick up guitar, and start a rock band. Eva Hendricks’ screechy high pitched voice was almost cartoonish, as was her ponytail coming out the top of her head and her hyper stage presence that resulted in her bonking her head against the microphone a couple of times. The band played songs about their favorite convenience store, Gatorade, and Hendricks’ therapist and were appropriately full of bliss onstage. There was no darkness or sadness in this music, just highly infectious, raucous, happy energy. 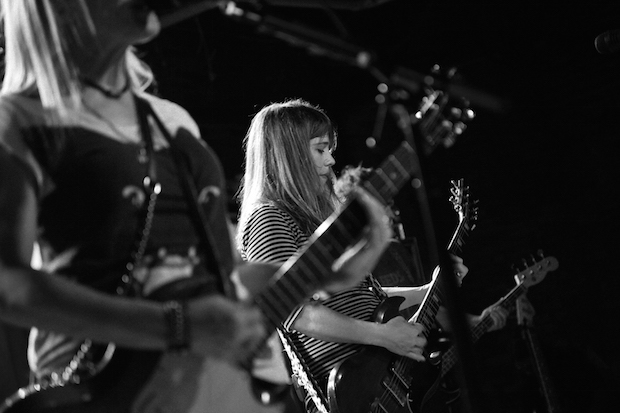 After Charly Bliss left the stage, the audience waited through the most improbably long soundcheck of all time and then some for Veruca Salt to finally come out due to technical difficulties with the sound. It was basically an hour before they finally came out and the generally happy audience became restless while waiting that long, as my own feelings vacillated between empathy and hatred for the guy saying “check 1, 2” for 20 minutes at a time. When the band finally took the stage, though, the audience made it clear waiting another hour was nothing after the eighteen years fans waited since 1997’s Eight Arms to Hold You.

Frontwomen and founders Nina Gordon and Louise Post seem to have buried the hatchet from their nearly two-decade feud and oozed gratitude that their fans were still around and interested in the band, which broke up after Eight Arms under less than amicable circumstances. They marveled at the young crowd there singing every word to songs from Eight Arms and their 1994 debut American Thighs, records that some members of the crowd would have been in elementary school when released. They also played many tracks from this year’s Ghost Notes, which has gotten great reviews and sounds like a natural stylistic follow-up to Eight Arms, just delayed in time. With their aggressive guitars and hooky harmonies, Veruca Salt’s new and old songs rocked hard at Mercy. Their stage banter was also adorable and showed their chemistry, with the women making jokes about being like KISS and making a dig at the band Seether, which stole the name from their song.

It was empowering as a woman to see these two females rocking out, leading a band and enjoying the act of playing music together at their age. Of course in the real world no one would call Gordon or Post old, but in the sexist and ageist entertainment world and the boy’s club that is rock and roll music, it just felt good to see so many Veruca Salt fans there appreciating Gordon and Post’s legacy as well as their new music. With Sleater-Kinney having killed it at Marathon Music Works earlier this year and Babes in Toyland coming to Exit/In in the fall, the incredible women of nineties rock and roll are continuing to push boundaries just by sticking around and showing that their fans are still here.

The Gospel According to Saint Me
Black and Blonde
Shimmer Like a Girl
Straight
Laughing in the Sugar Bowl
Forsythia
Shutterbug
One Last Time
Come Clean, Dark Thing
With David Bowie
Eyes on You
Empty Bottle
All Hail Me
Don’t Make Me Prove It
Triage
Seether
The Museum of Broken Relationships
Alternica