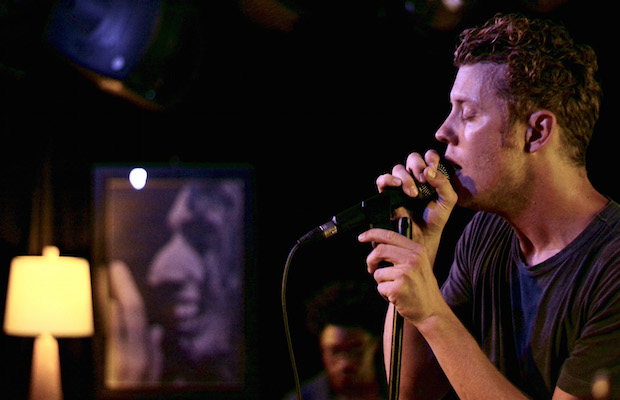 Sometimes, 50 minutes late is worth the wait. Benjamin A. Harper (the “A.” distinguishing him from another notable singer-songwriter) was pacing on the back porch of The Basement, almost biting his nails at the thought that a couple guys were missing from his band lineup. It was Friday night and 30 minutes after his opening slot’s start time. That missing horn section included Robert Gay and another member of The Alarms; they were jetting over from their fooBar show just before and had played for Benjamin at his Grimey’s in-store before that! Triple duty. Nashvillian musicians know how to make every minute count. The headliner Anderson East‘s fro-donning keyboardist didn’t look too phased while chatting with friends in the parking lot. Anderson admitted that he wasn’t feeling too well from this long-as-a-highway tour (that will continue you until November), and later exclaimed to the crowd: “y’all made my f***in’ night!” 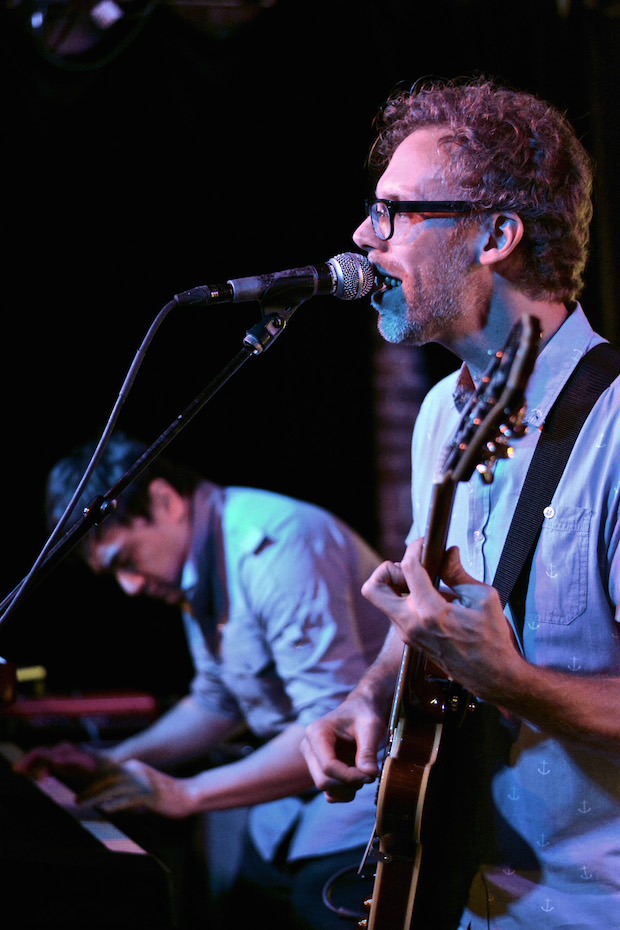 The audience at The Basement on Friday night consisted of friends and past bandmates of Benjamin A. Harper (who call him “Ben”) and a few of his fans. The rest were serious fans of Anderson East, including SEC Greek lifers, older folks from way out, some Nash dads, many blonde women in white jeans that tried to catch his eye at any given moment, and a few of his friends getting lit. This was my take at least. Everyone, nonetheless, was ready to get down to the Motown-heavy grooves.

Benjamin A. Harper made the executive decision to start his show without his horn section because why not get things movin’? He played a couple more stripped down songs from his new album, Get Thee Behind Me, channeling Harry Nilsson at times and at others Rufus Wainwright. Then, the guys from The Alarms rolled in, and Benjamin wasn’t even mad. He commended them for making it to their third gig that night. A couple songs later, Anderson East strolled on by with swagger in tow. Live, Benjamin’s sound is big (particularly with the two extra horns) and the composition is innovative and spunky with a goofy flare. I enjoy the way his songs go from quiet strumming and tickling of keys to a great big band sound with retro, jazzy elements. The British influence melds perfectly with his heady writing. The Spoon-like elements bring modernity and surprise. It makes sense that the drummer, Sam Smith (another name filled with musical meaning, plus his guitarist is named Stephen King!), has drummed with Ben Folds. This drummer has two work requirements that I know of: his band leader has to be named Ben and wear glasses. Highlights: sounds of harpsichords and triangles and Robert flipping his hair back and forth like one of the “Oneders.” Benjamin A. Harper’s album definitely holds up when played live. He gives the vocals all he has, and the band keeps up in a grand, almost orchestral, way at appropriate moments. Benjamin’s music is thought-provoking, unique, and a memorable live experience. 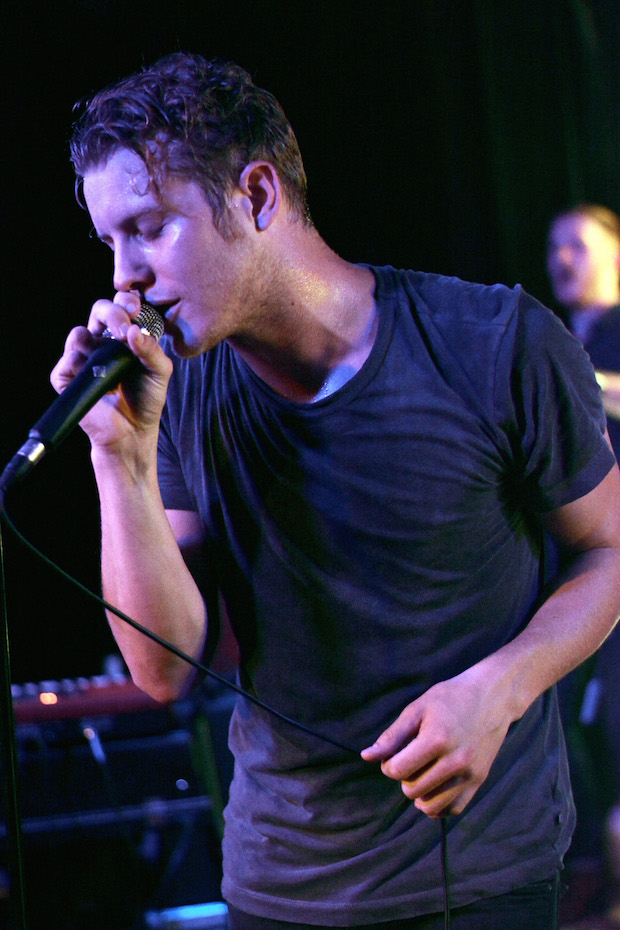 The organ mode churned and stirred as a preacher voice/M.C. lifted us up to meet him. Anderson that is. Anderson East came on the stage to a ripened, well-sauced audience that was so ready for him. He started with “Devil in Me,” a gospel-sounding song about the temptation of sin that sails along and rises with fervor for the chorus. His much produced new album, Delilah, is solid, yet incomparable to what Anderson gives in a live performance. His deep southern voice is that of a charmer when he talks and of a wailer when he sings. Anderson could be called the Johnny Lang of Nashville, but his sound has more classic Southern passion and spiritual transcendence than Johnny for me. The horn section and band are tight, and I mean really tight; the keyboardist uses it as an organ and brings that Alabama gospel feeling (Anderson is from Athens, AL), going off the path on “Quit You.”

Anderson introduced his mustachioed, fully hatted guitar player as “The Reverend on the electric guitar, Mr. Scotty bird,” whose “Christian name” is Scotty Murray. The long-haired man began to bust out the entire speech at the beginning of Prince’s “Let’s Go Crazy” plus a little something extra that he added. If they had played that song, I would have been beyond impressed. Anderson’s version of “Tupelo Honey” was also a highlight. He slowed it down even slower than any version I’ve ever heard (yes, it’s possible), and this didn’t go against him. His mellifluous voice and rhythm of the band dripped like honey as the descriptor/SAT word suggests. The steel guitar came in to break, into smaller pieces, our icy, hard hearts.

Anderson East’s stage presence and voice command attention and obedience from the crowd (many being true fans, which includes gaggles of drunk girls who are surely crushing hard). It demands a heart check, to check if that center is still beating, still pumping, still loving and hurting deeply. See more information on Anderson East’s new album, Delilah, here and on Benjamin A. Harper’s new Get Thee Behind Me here.