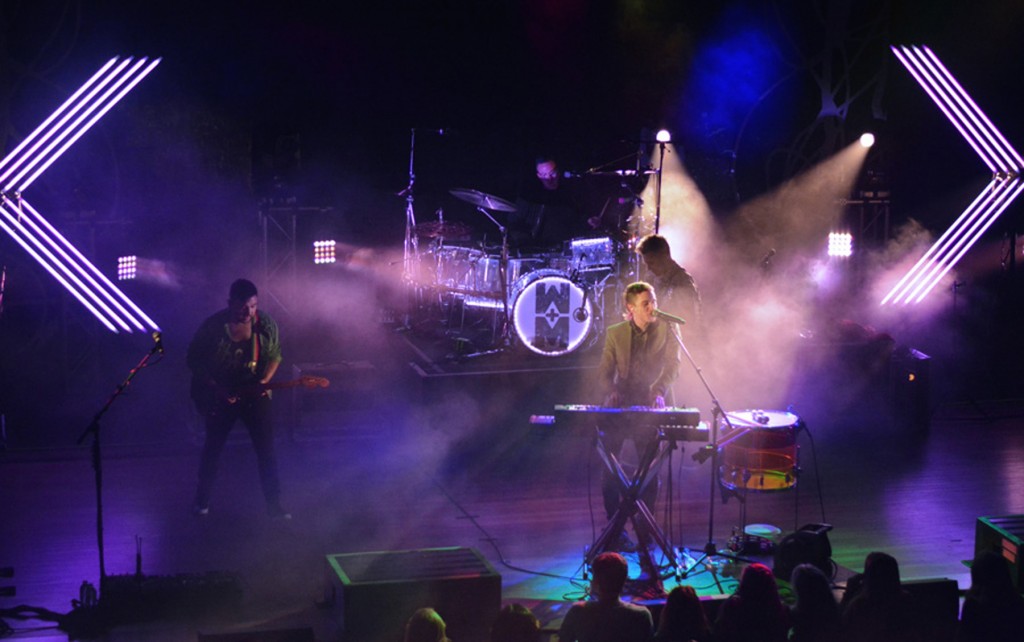 Synthy pop-rockers Walk The Moon have been releasing dance floor ready tracks since the release of their breakout single “Anna Sun” in 2012. Their latest album, Talking is Hard, features an evolved sound that is heavily influenced by dance tracks from the 1970s and 80s. Still, their unique sound is as modern as ever, and drove fans of all ages to The Ryman Auditorium for a sold out show last week. The night, which also featured a very… unique opening set by LA’s Holychild, was one that concertgoers won’t soon forget.

We have our full review, along with some amazing photos from Jen Silver after the cut.

Let’s be honest. The Ryman doesn’t seem like the most obvious choice of venue for a show from two energetic dance pop bands. I had seen Walk The Moon perform live twice before, both in festival settings, and their unrelenting excitement and focus on crowd participation seemed like something that would be strangled by the formal setting of The Ryman. This odd pairing was one that was addressed by both acts that night, with one success and one pretty painful failure.

When LA pop band Holychild came onstage, it was a definite strike to the senses. Vocalist Liz Nistico’s get-up – a skin-tight metallic jumpsuit and rainbow platforms – was a great visual representation for the weirdness that was about to go down. Musically, the band supplied a solid performance, although it was hard to enjoy due to poor sound mixing. The combo of bad audio and the on-stage antics of Nistico resulted in a sometimes baffling performance.

During their banger “U Make Me Sick,” Nistico gyrated down onto the sacred wooden stage in what appeared to be an attempt at sexy dancing, which made a lot of the moms and dads sitting around me look rather uncomfortable. This was tame compared to the incredible awkwardness that came after the lead singer jumped off the stage and ran into the pews, heading all the way back under the balcony and hopping on top of an empty row of seats. As she grinded against the mother church’s pews, I felt my patience wearing thin. While I appreciated Nistico’s attempt to rile up the subdued crowd, her tactics seemed a little misguided. 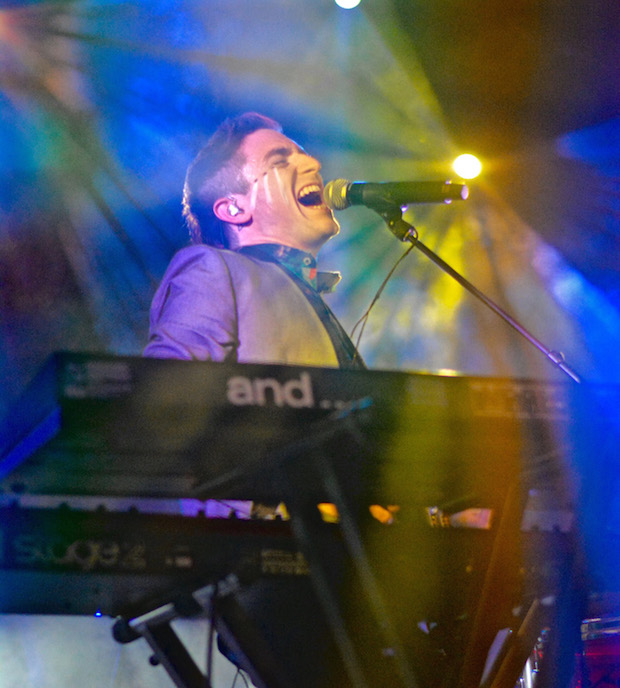 After a brief intermission, Walk The Moon finally took the stage with an explosion of color surrounding them, thanks to their incredible lighting set-up. They walked out to the “Circle of Life” from The Lion King, which seemed like an appropriately lighthearted choice for these party rockers.

They immediately launched into “Jenny,” a fan favorite from their 2012 self-titled debut album. During their first song, lead singer Nicholas Petricca asked for everyone to make their way into the aisles to dance freely, likely causing the roaming security guard to have a mini-heart attack. Overall, the crowd was well behaved but definitely invested, waving glow sticks and jumping up and down to almost every song. There was an even mixture of twenty-somethings, who have probably been longtime fans, and screaming teenage girls. Yes, the volume of blood-curdling screams neared One Direction-level at points, but it kind of comes with the territory. 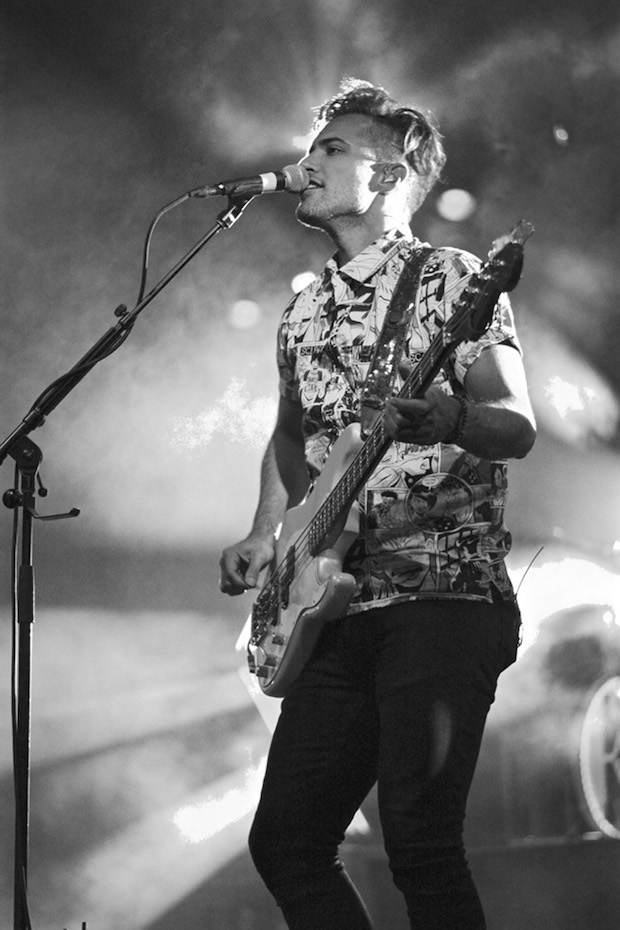 Their set was full of mass sing-alongs with some expected call and response moments thrown in. Before beginning their anthemic track “I Can Lift a Car,” the band asked the crowd to channel all their negative vibes up into the air in the style of a southern revival. In a short time, Walk The Moon has figured out a way to connect with their audience in a way that many never managed to do. Their feel-good attitude is relatable to pretty much anyone, and leaves you wanting more.

Before leaving the stage, they performed their latest hit single “Shut Up and Dance,” which earned a lot more screaming and cheers than their first hit, “Anna Sun.” The crowd reaction marked an important turning point for the band, who trucked out of the one-hit-wonder category just in time thanks to a follow-up album that built upon the sound fans already loved.

After the lights went up and the party was over, I was left with a joyful feeling that rarely comes after watching a show these days. Maybe it was being surrounded by excited teenagers. Maybe it was the band’s stellar ability to make audience members feel like a part of something. Whatever it was, it made me a true Walk The Moon believer.