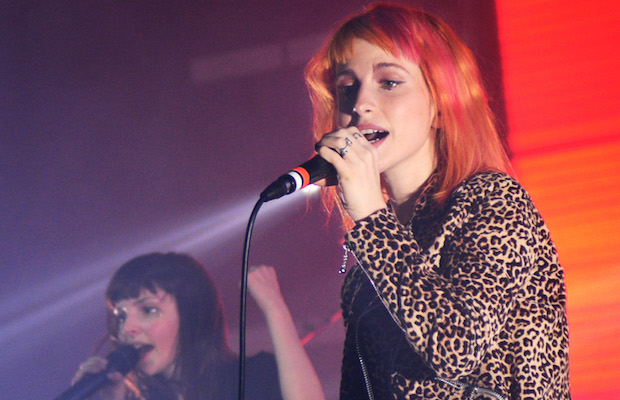 Last night at Marathon Music Works, Scottish synthpop trio CHVRCHES surprised the audience by welcoming resident local rockstar Hayley Williams, of Paramore fame, to the stage to join them for a performance of “Bury It,” a track from their latest effort, Every Open Eye. Born and raised in the Nashville area, Williams, despite fronting an arena-sized rock band, is actually known for making these kinds of random drop-ins, having previously turned up to sing with artists like mewithoutYou, What’s Eating Gilbert, and even Taylor Swift.

However, last night’s appearance turned out not to be as random as it seemed. Announced this morning, CHVRCHES have joined Paramore’s second-ever Parahoy Cruise, which sets sail in March and also features X Ambassadors, Lights, New Found Glory, mewithoutYou, and Vacationer. You can find out all about it here, though tickets apparently sold out in advance of the lineup announcement.

We were in attendance at last night’s show, and managed to capture a full video of “Bury It.” Watch below, and keep your eyes out for a full review soon. You can also check out a sneak peak of contributing photographer Mary-Beth Blankenship’s forthcoming photo set over at Alternative Press, where, last night, we helped break this story nationally.